Don’t you love Ellen and Oprah for giving stuff away? I’m so old I remember when Oprah gave out frozen biscuits! It was still fun. If I was a big-time talk show host, not only would I feature a debut author every week, but I’d have Jeremy Irons, George Clooney, Simon Williams, Pierce Brosnan and Sean Connery on whenever possible. That would help ratings in the 50–death bracket (my bracket).

This year, in addition to the various books I’d give (don’t worry, they’re in this post), I’d give some great products. I’d even give a car to everyone, a house to two lucky homeless families. That’s why it would be so cool–even if my show would be way more The Kumars at Number 42 than Ellen or Oprah.

Here are my Favorite Things for 2015 in order of appearance on the show!

Best. Popcorn. Ever. Don’t be put off by the flavor mix–it’s fabulous! Trust me, I’m a big talk show host, remember?Cretors Chicago Mix

This would have been my first debut-novel book since I read somewhere that it was published on my real-life birthday this year. And, I met the author at Books by the Banks and he seemed like a fun guy. He’d have been an awesome guest–I just know it. Mosquitoland 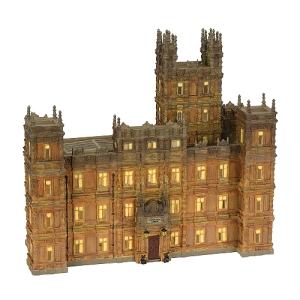 Fans will know I adore Downton Abbey and that I still long for Sir Anthony! So, in honor of the show’s last season, I’d give away a set of all Department 56 Downton lit Houses and accessories. And of course I’d have George, Sybie and Marigold to help deliver them. And of course I’d tell the folks at home that they can buy them from Amazon, PBS and other places. And I’d give the complete series on DVD.

It’s not Christmas without A Charlie Brown Christmas!! And, since the show is a half-century old this year I’d give out this dvd as well as the fabulous music on cd or download. DVD source. We’d have told people they were coming for to a show celebrating this Special’s 5oth Anniversary. I’d also make sure everyone got a full set of this year’s Hallmark ornaments celebrating the show!

Next I’d give a big shout of for my favorite soda! Main Root’s Blueberry Soda is so darned good!! To make it even better, I’d give copies of the children’s classic Blueberries for Sal by Rober McCloskey to go with it! Even better, I’d give a copy to every children’s library in Street Library’s care along with all copies of all the other books to other appropriate libraries. I’m happy to say that all the food retailers are chipping in for book parties for the children’s libraries as well.

My fans would, of course, know my love of my alma mater, I.U. There’d be my annual scholarships of course. I’d give everyone a pair of Skicks I.U. low Chucks. And, cause this is the type talk show host I am, I’d give a pair to every child in a homeless shelter in Indiana!! And, I’d have Isaiah Thomas on the show to help hand them out! Fabulous stuff at skicks.com

And, because it just goes too darned well with the shoes, I’d give everyone a copy of the movie, which turned 30 this year. We’d show a clip and hopefully Angelo Pizzo or Gene Hackman would be on the show for the give-away. Hoosiers. But wait! There’s more!!

I LOVE the Indiana Pacers Old Style “Hickory Huskers” jerseys celebrating the 30th Anniversary of Hoosiers. I’d get the Indiana Pacers to send players and cheerleaders to give these out. We’d also give special kid sized ones to the homeless kids in Indiana as well as to kids in the Jr NBA’s International Program (along with all the appropriate books from the show). This part will appeal to male viewers as well as to female sports fans. I don’t normally push sports, but they are part of popular t.v. Ratings matter. 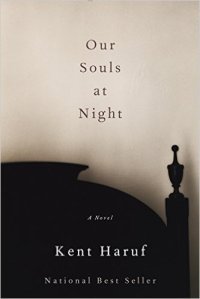 I so loved this book that I’m almost certain it will be my book of the year. So not only do my guests get Our Souls at Night, but they’ll get a Kindle Fire HD 10loaded with all of Kent Haruf’s books.  We will announce Kent’s visit with the book club to which Oprah is also invited since she started the Book Club movement. There’ll be a clip of her happily accepting the invitation. We’ll jointly push the book in magazine, social media and tv.

Quilted puffy vests are big this year and its a style I love. And, I love plaid (tartan). And, since my Amberleigh is set in Scotland, I’d get J Jill to do this vest in the McTier winter tartan of winter white with cobalt blue, a tiny thin bit of gold and tiny lines of green. Plus, I’d naturally give them all copies of my books!

A recurring joke on my show will be my frappe addiction. So I’ll give everyone a gift card for one. McDonald’s Chocolate Chip Frappe.

They’ll also get a McDonald’s Holiday Pie as a hot snack! Served by Ronald and the rest of the gang. I’ll joke about my daugher’s addiction to these!

Because David McCullough is both a national icon and a hero of mine, I’d have him on to give away The Wright Brothers as the best non-fiction book of the year. That Kindle Fire would also be loaded with his collected works and his American Experience episodes. We’d also give away two full scholarships to Wright State University to add to the excitement of the book!! 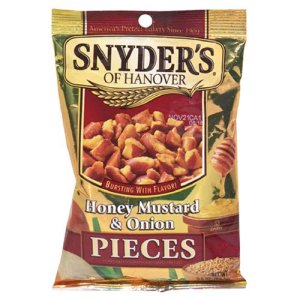 In real-life I absolutely love these pretzel pieces! I also love the Buffalo ones. So, the Snyder’s of Hanover folks would happily provide a package of each of their flavored pretzel pieces to everyone! And, because it goes so well with them, I’m giving everyone a copy of H.A. Rey’s classic children’s book Pretzel.

Since I’d be known for promoting kids reading I’d give complete sets of The Penderwicks, The Casson Family  and Calpurnia Tate

And Christmas shows must include lots of celebrities, right? So, in addition to Sybie, George and Marigold from Downton Abbey, I’d have my other favorites–the cast of Grace and Frankie!

Next up I’d have my “other” favorite tv show–Grace and Frankie featured. The four stars would turn out for MY show, of course! Love, love, love this show! And guess what? You all get copies of the show on that Kindle Fire!! And, so you don’t miss an episode of the next season, I’ve paid your Netflix bill for five whole years!!!!  Grace and Frankie

Finally we’d be to the biggest present of all: The Car! Everyone would get one, with taxes paid!!! The 2015 Fiat 500 1957 Edition. Best of all, two would be driven into the studio by none other than George  and Amal Clooney and Jeremy Irons–he can bring his wife, too, if he wants. Amal will look fabulous and I’ll give her a huge check for a cause. Jeremy will look brooding and pensive since I don’t even let HIM smoke. George just stares in loving amazement at Amal and knows at his age he is truly blessed.

We’d close the show with a choir from Malawi singing Silent Night after I remind everyone that all of the books and clothes are also given to homeless folks in Indiana (I’d pick a different state each year) and that two homeless families will each get a FIAT and a home built by Habitat for Humanity but furnished  by Crate and Barrel, Memory Foam Mattresses, LL Bean,  and too many other sponsors to mention. All will have new clothing for the new January semester of school, too. And the parents will have scholarship to retrain for better jobs. The families would be shown receiving the keys to their homes from Simon Williams and Pierce Brosnan (yes, their shows and movies will be on that kindle) entering their new homes, which they helped build, but to which they think their old furniture and other things have been taken. Each home now has built in bookcases with a free library of excellent books, a laptop for each family member and plenty of healthy food. A Christmas tree, decorated by Michael’s would be there too. All the show’s gifts would be there for them to enjoy, a photographer would take a great Christmas card photo and they’d be led to their new garage to see their fun, reliable new FIAT.  Of course there’d be nary a dry eye in the place!

On the way out everyone will be handed a gift basket of fabulously decorated Christmas cookies  bottles of Burger King’s new holiday coke-a-colas to enjoy on the way home! The take-home gifts would be neatly packaged in in the guest’s choice of a Christmas–religious (with nativity scene o on the side) or Christmas–Santa (with reindeer on the side), Winter, Chanuakha or Kwanza-themed collapsible wagon like this one and a few other surprises like show hoodies and other promotional items for the various books, movies and tv shows would be tucked in as well.

It’s fun being a big-time talk-show host with plenty of money to make dreams come true for people. I’d love to do this some day–kind of like getting to be Santa.