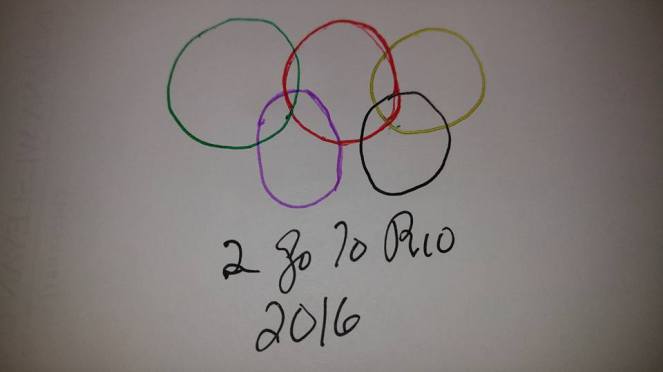 My real-life friend Susan at Girls in White Dresses (we met thru blogging–how cool is that?) recently reviewed a super new book on Chariots of Fire’s own Eric Liddell.  My review of another recent Olympics-related book follows.

“Be perfect, therefore, as your heavenly Father is perfect” Matthew 5:48

If ever a human came close, it was probably Eric Liddell. You may know of Liddell from “Chariots of Fire,” the film based (loosely, apparently, according to this book — I haven’t seen it) on his life. For the Glory: Eric Liddell’s Journey from Olympic Champion to Modern Martyr is a new book detailing Eric’s life.

Liddell was born to Scottish parents in China, where his parents were missionaries. In 1924, at the age of 22, Eric was scheduled to run the 100-meter race in the Olympics in Paris. But he refused to run when he learned that the race would be held on a Sunday. The book went into a bit of history on Sunday competitions, and Liddell wasn’t the first to decline participation for this reason. Dating back to 1900, 3 Americans had refused participation in Sunday Olympic events. In 1908, American hurdler Forest Smithson competed (and won) on a Sunday, while holding a Bible in his hand in protest and testimony. I had to admire these athletes for standing up for their beliefs, which seem almost quaint in today’s world.

Liddell was scheduled to run the 400-meter race instead, and despite the fact that he was expected by no one to be competitive in the event, he won it.

Instead of resting on his laurels and raking in product endorsements, Liddell basically said goodbye to athletics the next year, moving to China to become a missionary as his parents had been. Asked once whether he regretted leaving athletic glory behind for the mission field, Liddell answered, “It’s natural for a chap to think over all that sometimes, but I’m glad I’m at the work I’m engaged in now. A fellow’s life counts for far more at this than the other.”

The subtitle of this book is The Untold Story of Maui’s Sugar Ditch Kids and Their Quest for Olympic Glory. That is what made me want to read this! (That and the staff picks at Elliott Bay Books never lead me astray). Kids training in a ditch for the Olympics? Yes…and no. Let me explain.A school teacher at a Hawaiian Japanese school saw the kids on the sugar plantations getting into trouble playing in the irrigation ditches. His solution? Teach them to swim. Then took it up a notch–teach them to be competitive swimmers. In 1937 the world was working toward both World War II and the 1940 Summer Olympics in Tokyo. Well, we know how that worked out! But along the way a troop of Japanese American kids and a few native Hawaiian kids became top swimmers thanks to the utter devotion of coach Soichi Sakamoto. In the tradition of Stand and Deliver and other heroic teacher stories, he takes this ragtag group of ditch swimmers all the way to the Olympics….sort of…and not until after World War II.

At the end I came away admiring the determination of the coach (pitied his wife though!) and for the swimmers. I thought the parallels between the unprepared Olympic site in Antwerp in 1920 and the far-flung sites and austerity of London in ’48 were good parallels for Rio.  It would also be an excellent gift for any competitive swimmer or swimmer-graduate. It does, as promised, compare well to Boys in the Boat and Unbroken.

3 thoughts on “Love the Olympics? Then you’ll enjoy these two recent books”