Herman Koch has fast become a favorite of mine. The Diner and Summer House With Swimming Pool are as amazing as this novel. And, believe me, Dear Mr. M is an amazing book! Koch is the master of multiple viewpoints, of unreliable narrators, of is it or isn’t it? He makes you squirm, he makes you sweat, he keeps you on the edge of your seat. He doesn’t let you go to sleep because he makes you want to know how it all ends.

A celebrated writer with a much younger wife writes a novel based on a real-life story. But, this being a Koch story, there is so much more to it. The story of the high school history teacher who disappears after an affair with a student isn’t as simple as it seems. Nor are the student’s group of friends as innocent as their age might suggest. And the writer’s own world is flawed and twisted in its own ways as well.

Aside from Koch’s expertly rendered twists and turns, its his humor that I love. His comments on high school, [many, but not all] high school teachers and, especially on my own profession–librarians, are so spot on I’m still laughing–and planning a new haircut!! The phrase “I can’t even…” gives you an indication of what this book says in black humor about the publishing industry. Koch uses this kind of humor in each book. The book is shot thru with humor of such a laser-like cutting-edge and sharp tone that the other reason I can never put his books down is to get to the next dose–the next victim of his humor.

This story was all over the place emotionally. From young love to nearly immoral-stalking-sexual-pedator-behvior-pervy-teacher, cunning young mean girl, twisted- candid-cameraman-wanna-be and a lot else added in for good measure, this one covers even more ground than Summer House With Swimming Pool did. [Although he’s too old, Jeremy Irons with his long history of playing pervy types would have been good as the teacher.] Though much is hinted at there is nothing terribly sexual described–this is an emotional thriller, not a sexual romp.

I listened to the audio version and the reader was exactly right. A reader makes or breaks an audio book and this one was just plain “right” for the part.

My review of  Summer House With Swimming Pool. 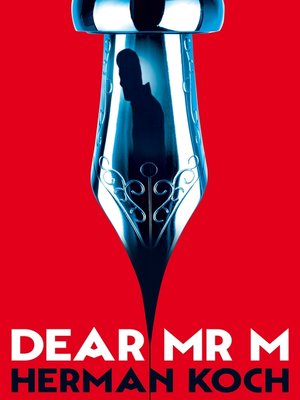