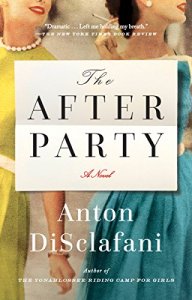 Joan Fortier is one of those “larger than life” characters who take a city “by storm.” In this case the city is Houston and the time is the late 1950s.  With a wealthy father’s money and love making it all possible, Joan leads a charmed life. Her best friend, also named Joan at birth, is forced from kindergarten onward to be known by her middle name, Cecilia–CeCe–because even Houston isn’t big enough for two Joans.

But Joan carries a secret or two. Of course. She must. Otherwise the story would not be told, right? 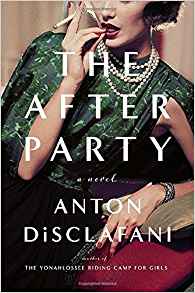 Right off I liked Ms. DiSclafani’s writing style. I have not read her other bestseller, The Yonahlossee Riding Camp For Girls, but its reputation alone was evidence of her ability to tell a great story. (And, yes, I plan to read it.)  The After Party’s  strength is in the lack of care Joan has for her life and the sad, desperation of Cece to keep her friend safe. Whether, as she says, she is a sort of lady in waiting to Joan or, as the cruel folk say, she is Joan’s handmaiden, Cece is so devoted to Joan, so dedicated to keeping her safe that, in the end, her husband was right to ask what he asked (No spoilers). It is not clear to me though, whether we were to feel sympathy for either character.  For the record, I didn’t feel much for either of them.

You see, the same things that make the story so compelling make it difficult to like the characters. Joan’s “I don’t care” attitude, so typical of those “larger-than-life” folks who take places “by storm” in novels, shows her to be nothing more than a spoiled little princess. Yes, even with her secret. Especially with her secret. (No spoilers).

As for Cee–ugh. Get a life, girl! You caught a good guy, have a maid and a nice little boy, now find the courage to enjoy YOUR life for a change! Let Joan drive merrily down the highway to hell without you! No, YOUR secret isn’t any more extraordinary than Joan’s. It’ just about everyone who ever care for someone like (no spoilers) fleeting fantasy and certainly the fantasy of many like (no spoilers) being cared for. Move on.

Don’t misunderstand–these are not failures on the author or the book’s part. This is just how amazingly well told this story was. I felt all of this. It was not “meh, get a life.” It was that I could not stop listening to the audio version until I KNEW all.

After the Party by Anton DiSclafani

I definitely want to read more books by this author.  Dallas fans from the 80’s will love this book, even if it is set in Houston.  You could just imagine a younger Jock and Ellie at those parties! This story will make a really great movie. 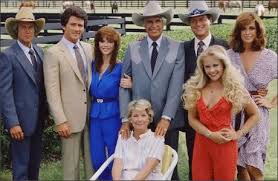 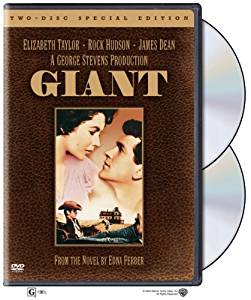 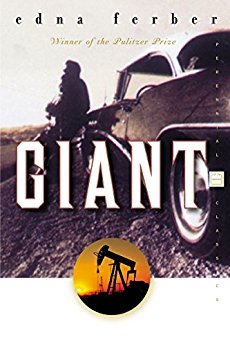 The movie Giant is mentioned. If you haven’t read Edna Ferber’s famous novel, Giant, or seen Rock Hudson, Elizabeth Taylor and James Dean in the tremendous movie, then do so.