You can read my favorite Presidental Biographies here.

Most Americans today recognize those as the abbreviations for President of the United States and First Lady of the United States. We came very close to having what Great Britain and other countries have–a First Man of the United States, too.  The current First Lady, Melania Trump, has the distinction of being the wife with the largest age gap (24 years)  since Mr. and Mrs. Grover Cleveland in 1886–the Clevelands were 28 years apart in age. You can read about their love affair and happily ever after in this post. Only Mrs. John Tyler, at 30 years younger than her husband, topped either of these. And, Mrs. Trump is the only third wife of a president.

While this one is, sadly, out-of-print, it is still an interesting read. You can find it at libraries or used on Amazon.

First daughter, Margaret Truman Daniel, wrote this collective biography putting her unique experience of life in the White House to good use. She wrote vother non-fiction and a very successful series of Washington-based murder mystereies as well. You can read a fun memory of her first murder mystery in this post.

There are several other collective biographies. I have not had time to read the newest ones, but do plan to eventually.

Mary Todd Lincoln may have been the most difficult First Lady in the nation’s history. Her wildly fluctuating moods (bi-polar) caused her to be almost unmanangeable. Varina Davis, her Confederate Counterpart, was the much younger second wife of Jefferson Davis.  She was 18 years younger than her husband, There is a new novel soon to be released that I am anxious to read on Varina. Both women struggled to support their husbands and to raise their children during the Civil War. This is a fascinating read. This book is out-of-print, but is available used from Amazon. Trivia: Did you know Jefferson Davis (by his first wife) was the son-in-law of Preisent Zachary Taylor?

I am currently reading the book below on Mrs. Lyndon B. (Ladybird) Johnson and highly recommend it. I will review it when I am finished. 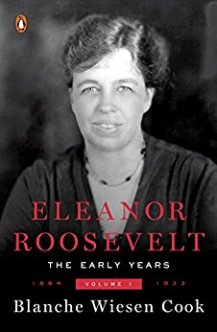 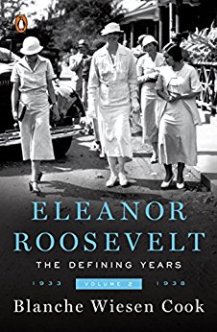 Eleanor Roosevelt is my favorite First Lady. Her passion, intelligence and persistence (yes, as in #shepersisted) are inspiring. From her horrible childhood–from which she likely suffered PTSD and was possibly sexually abused (why else would she need multiple locks on her bedroom door to keep her young, drunken uncles out?) to her education at the hands of the legendary Madame Suvestre to her marriage to Franklin and beyond, Eleanor is just plain fascinating. Today her legacy has been taken over with speculation about her sexuality–her affair with Lorena Hickock and her odd relationship with Joe Lash and, later, David Guerwitz, all spark belittling interest.  Blanche Weissen Cook’s multi-volume biography is fabulous, though the last volume was much weaker than the others. I thought each volume deserved to show the same level of interest in Eleanor’s life and work as the first volume had so beautifully done. I collect books on all the Roosevelt family and so have read numerous biographies on all members of the family.

The hardest part for FLOTUS biographers is to not let POTUS take them over.

The “other” Mrs. Roosevelt–the second wife of Eleanor’s uncle, President Theodore Roosevelt, had been her husbands childhood sweetheart. Then one day, the couple, suddenly had a falling out. Theodore married the exquisite Alice Lee and Edith was left a spinster. Until that horrible day when Alice gave birth to her namesake and died. It was the same day Theodore’s mother died as well. Baby Alice was given to T.R.’s sister and he went off to the Dakotas. He thought he should not marry again–he thought this too disloyal, but after a few years her queitly married his childhood love, Edith and they had five more children. I often wonder how it felt to be chosen second. Did she harbor bitterness? Or was she just glad to have the man she loved?

Claudia Taylor Johnson did more than merely beautify America’s highways–she helped make Lyndon Johnson into the savvy politician, the savvy Southern politician, who signed the Civil Rights Act of 1964 and who gave us the Great Society legilsation that gave use the array of safety net programs we know today–or extended those given by the New Deal. She is an intriguing woman! I’ll have more to say when I finish reading this book. 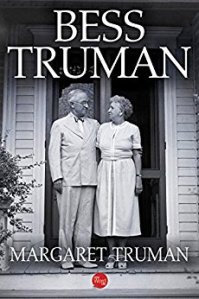 Bess Truman may have had the world’s most over-bearing mother. Asked at her First Press Conference how often she’d have such events she replied that this was the only one. She kept her word. Like Melania Trump, Bess was often abscent from Washington–almost always to be back home in Independence, Missouri, with her mother. But she and Harry were as much a political couple as Bill and Hilary Clinton or FDR and ER and Bess could knock back whiskey and play poker with the back room boys, too!

Other First Ladies I have enjoyed reading about are, especially, the two Mrs. Woodrow Wilsons. Sadly, the biography I have of the two of them, couldn’t quit making itself into a political biography of Woodrow. Then there is that footnote that tells all of history that then Governor Wilson and the first Mrs. W. used contraception–that W forgot “them” and could she grab them and bring them on vacation! I really didn’t need to know that….. Jacquline Kennedy is another fascinating first lady. I have read several biographies on her and have many books on the Kennedy family, but no one book stands out to me on Jackie.

In November, Mrs. Michelle Obama’s autobiography will be released and  I plan to read it. If Melania Trump pens her autobiography after Donald’s term(s) as president, I will read it as well.

What’s not to love about a lady with prematurely gray hair, a normal figure and a penchant for wearing mismatched Keds on vacation in Maine? Barbara Bush is the real deal–no matter what your politics are.

Eleanor Roosevelt’s autobiography is sparse and notable mostly for what it left out. There is no modern day type soul searching on the marriage of Mr and Mrs FDR nor is there any mention of the live-in “lovers” [I use ” ” because the true status is irrelevant] during the White House years that kept both Eleanor and Franklin going during their long Washington years. Her most poetic prose is reserved for her beloved father, the alcoholic Elliott Roosevelt–brother of Theodore. 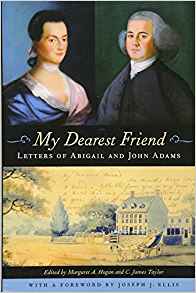 After Eleanor, Abigail Adams is my other favorite First Lady. Truly a Founding Mother as well as a First Lady, she was also mother of a president and mother-in-law of the nation’s only foreign born First Lady until Melania Trump.

This novel, said to be a lightly veiled retelling of Laura Bush’s life, captivated me from beginning to end. Every word rang true.

Jed and Abbey…how I miss them.