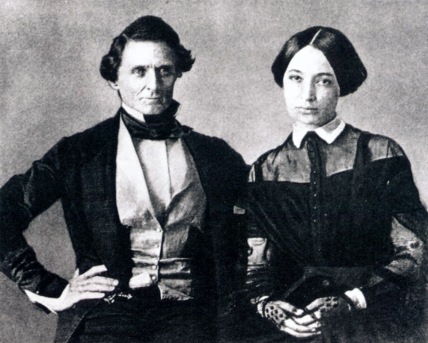 I was a Civil War freak first, then became attracted to Older Man–Younger Woman romances. If you are reading this between the lines, it is screaming Scarlett and Rhett! Yes, I was a Gone With the Wind Addict in Middle School. Much later I learned that none other than that former U.S. Senator and Secretary of War, turned traitor aka, Jefferson Davis, was himself the husband to a much younger bride. So, when I read of this novel’s publication I knew I’d devour it. And I did.

The book is told in that conventional way of a “present day” [in this case, very early 20th Century] story and a remembered time. In this case, Varina Howell Davis is meeting with a man whom she had mothered for a few years during the Civil War when he was an abused child and she his rescuer.

Varina remembers her life as the daughter of a man who couldn’t hold on to money, of her arrival into the odd household of Jeff Davis’ older brother and then her life as Mrs. Jefferson Davis in all of it’s interesting forms.

I was entranced by Frazier’s writing–this was my introduction to his work so I absolutely wrapped myself in his prose. It is so beautifully written. I was listening to the audio so the pages and pages of quotes I wanted to take down didn’t get written down, which is sad.

Here is the one I managed to write down in parking lot:

“Since then, South and North have been busy constructing new memories, new histories, fictions fighting to become facts…”

And one I committed to memory:

“…a genius at inflicting love….”

Beautiful, evocative, memorable writing like this tells the entire story.

As I have read–devoured, really, Mary Chestnut’s Diary, I was very familiar with the war-time life of Varina Davis. Mary Chestnut and Varina were dear friends. I thought Frazier got these parts so right. I have read one biography (see below) of Varina as well. Frazier embodied her the way I had constructed her in my mind. Intellectual, but caring. Independent, but but not stand-offish. Her voice in this book was fully authentic to my ears.

I liked that Frazier gave Mary, the First Lady of the Confederacy, the same sorts of struggles all women faced–feeding the children, keeping her marriage going,  on stupidity of the war. She has to cope with situations that are far too trying for anyone. She also must deal with the almost total absence of her husband due to the war. With a large family of young children, this was very difficult. Opiates, so destructive today, are not new–women were often prescribed them for hysteria or melancholia. Varina having them in wine was a truthful reaction to the stress of a life she could not control. This was breathtakingly honest. 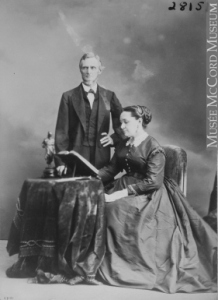 I also liked (no spoilers) the end of Jefferson Davis’ life–when the ugly head of jealousy reared itself in Varina’s very independent heart. That was wonderul. As she said, elsewhere in the book, no one knows the real truth of a marriage but the two people in it. This beautifully illustrated that sentiment.

I was also struck again that a nation founded by “traitors” did not then execute the next generation of “traitors.” It occurred to me again, that this is the heart of America. Davis was imprisoned, but as is pointed out in the book, why hang him and have him become a rival martyr to Lincoln?

Trivia: Did you know that the first (childless) Mrs. Jefferson Davis was the daughter of President Zachary Taylor? True!

Read more about the Davis children in this blog post.

I loved the book, but there were two things that troubled me just a little. Two tiny things.  I understand there have always been cynics, always been people who loathed organized religion or who went to church just to keep up appearances, but I found some of the comments made by characters in the book to be very 21st century in their stridency. I also felt that characters sometimes lapsed into well written prose rather than authentic speach. A few monologues or dialogues that were just a bit too well rehearsed for real life. 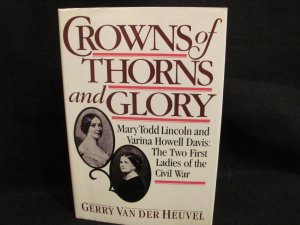 Crowns of Thorns and Glory…by Gerry Van Der Heuvel. It is out-of-print, but easy to find used. (The link is to used copies on Amazon.)

An article on Jimmy Limber

Here is are two  interesting “What Ifs…”

If The South Had Won The Civil War by MacKinlay Kantor is the classic of this genre.

CSA: Confederate States of America A Novel by Howard Means, only got 2 stars from me, but it was still an interesting idea. It is set in a modern day Confederacy–everything is truly “separate but equal” for the both white and black.