You can participate in Top 5 Wednesday–-just join the group at Goodreads.com to learn the topics each week, then publish your post or video!

Like last week’s Ice Cream Books post,  and yesterday’s What the Class of 2022 is Reading, Road Trip Books are an annual summer topic here on my blog.  You can read the past posts at these links:  2017 Road Trip Reads, 2016 Road Trip Reads.  2017’s list included a River “Road” Trip and 2016’s included the road trip of an ex-POTUS. That may be hard to top!

The One With the Mysterious Charm Bracelet 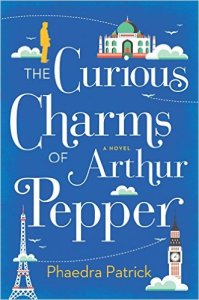 Arthr Pepper is lost without his beloved wife. Life as a widower is tough for him. Since Miriam’s death he’s stuck to a safe routine to navigate his days. Until he finds a charm bracelet he did not give her. Then his life changes as he seeks out answers. The Curious Charms of Arthur Pepper.

The Two to Hollywood 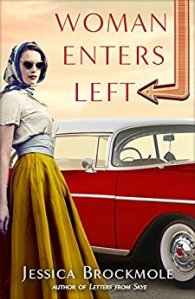 How about the story of not one, but TWO roads trips involving Hollywood taken a generation apart by mother and daughter? That’s the jist of Woman Enters Left.

The Ocean “Roadtrip” With the Kennedys, the Composer, the Conductor, and more 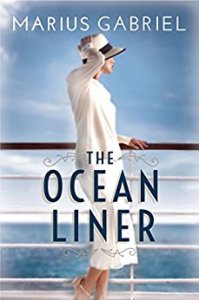 Rosemary Kennedy has grown up and become a “problem” for her family. Father Joe Kennedy, Sr., decides to send her home with her mother and two younger siblings to avoid the war in England, where he is winding up his days as a controversial American Ambassador. This journey and the journey-the-journey tells a fictionalized version of part of Rosemary Kennedy’s last days before her tragic labotomy. The Ocean Liner.

The One in a Horse and Buggy 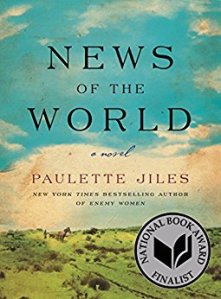 News of the World moved me like few other books. This tale of a bounty hunter taking an orphan to relatives is so much more than it’s small number of pages seem to promise.  The story of the Captain and Joanna’s road trip (even when there weren’t actual roads) is not to be missed.

The One With Folks Fleeing The Red Army 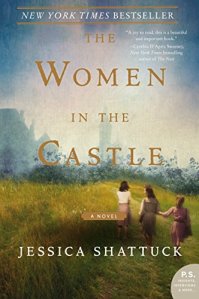 Women in the Castle tells the story of the wives of some of the Valkyrie conspirators fleeing the advancing Soviet Army which raped anything female along the way.  This is not a book for the faint-hearted, but it IS a novel–a ficitonalized version of events.

Do you have a favorite road trip read? Leave me a comment–I’m always interested in fun new trips to take via fiction.