This month’s 6 Degrees of Separation book had me almost skip the meme. I had to research who the author was for starters. Then, after learning she was a celebrity, I had to talk myself into going forward witih it anyway.

“A former child actor best known for her starring roles in Matilda and Mrs. Doubtfire, Mara Wilson has always felt a little young and out of place: as the only kid on a film set full of adults, the first daughter in a house full of boys, a Valley girl in New York and a neurotic in California, and a grown-up the world still remembers as a little girl. Tackling everything from what she learned about sex on the set of Melrose Place, to discovering in adolescence that she was no longer “cute” enough for Hollywood, these essays chart her journey from accidental fame to relative (but happy) obscurity. They also illuminate universal struggles, like navigating love and loss, and figuring out who you are and where you belong. Candid, insightful, moving, and hilarious, Where Am I Now? introduces Mara Wilson as a brilliant new chronicler of the experience that is growing up female.”

Now had the book been by or about (or both!) NPR’s Mara Liasson–well, let’s just say that would have perked me up a whole lot!

Here’s how I developed this chain. I pulled phrases from the description above–and one phrase elsewhere on the Amazon page for the book.

A grown-up the world still remembers as a little girl 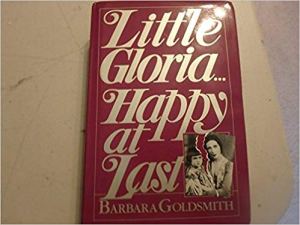 Before she was mother to CNN’s Anderson Cooper, and before she designed the jeans for a generation, Gloria Vanderbilt was the subject of a sensational custody war that made millions for the tabloids of the day. A same-sex affairs was among the most salacious and, in that day, damning, details of the case.

Gloria fascinates me because of her unusual ties to the Royal Family. After Gloria’s father, Reggie Vanderbilt, died, her mother was briefly engaged to Prince Gotfried of Hohenlohe-Langenburg. After they broke it off, Gotfried married Prince Philip’s oldest sister, Princess Margarita of Greece.  Gloria’s Mummy then went on to have an affair with Philip’s Aunt Nada (married to his Uncle George Mountbatten, the Marquess of Milford Haven). But wait, there’s more! Her mother’s twin sister was the “in between” mistress of The Prince of Wales (later Edward VIII) arriving in his life at the end of his long-term relationship with Freda Dudley Ward. Thelma (Gloria’s aunt) then introudced “The Little Man,” as she discreetly called the Prince, to Wallis Simpson.  Poor Thelma, surely not so happy at last.  Little Gloria, Happy at Last is out-of-print but widely available used.

A little young and out of place 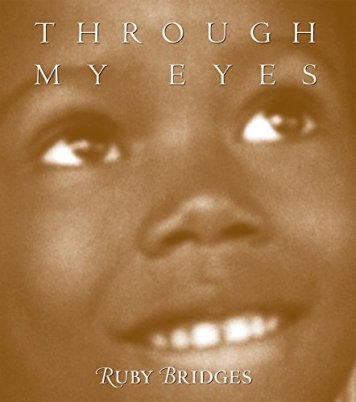 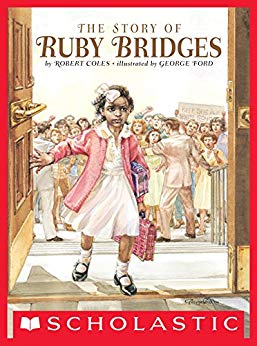 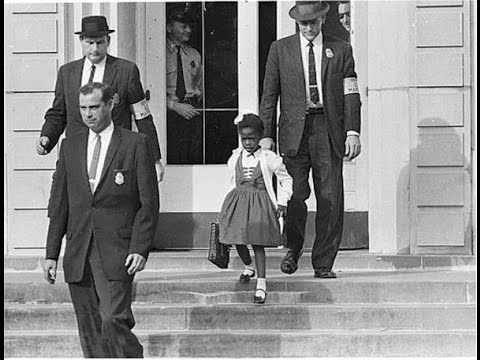 Ultimately, I chose Ruby Bridges–the first African American girl to attend an all-white school in New Orleans. Though she was not the first African American student to integrate a public school, she was one of the youngest and most memorable. Who hasn’t seen this photo and had at catch in their throat from it’s poignancy? I chose her memoir, Through My Eyes,  as the book selection.

This one was tough. My mind raced! Do I pick Harry Potter and the Sorcerer’s Stone? Harry was a little young and, though he clearly belonged he was out-of-place at first. I then thought of Princess Diana–like Harry she clearly belonged having been born to an Earl living on the Queen’s private estate, but she very out-of-place at first, too. Then I thought of poor Rosemary Kennedy when she and younger, perfect sister Kathleen “Kick” arrived in London and were presented to King George VI. I also pictured Amy Carter at age 10 or so reading a book at a White House State Dinner. Not much you could say but a little young and a little out-of-place. Probably Baron Trump feels that way some days, too. 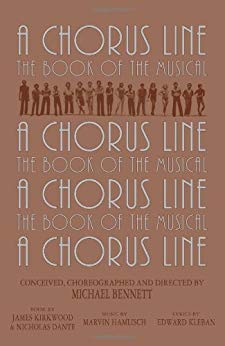 The summer I was 14 my grandmother took me to the U.K. Part of my coming up age was seeing A Chorus Line–then a smash hit–in London’s West End.  This verse in the  song, At The Ballet, was why–surely Marvin Hamlisch wrote it just for me, right?

Now, “different” is nice, but it sure isn’t pretty
“Pretty” is what it’s about
I never met anyone who was “different”
Who couldn’t figure that out
So beautiful I’d never lived to see
But it was clear
If not to her
Well, then to me
That…

A Chorus Line book of the musical.  See the bottom of this post for the video of the song.

Figuring out who you are and where you belong 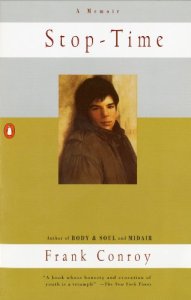 My first English class in college, sneakily picked for me by my mom because the whole course schedule completely overwhelmed me–and I’m so glad it did, for that class was magical. The perfect start to college. Stop Time has stayed with me. Frank’s journey to manhood was really something, but it was also beautifully told. That the author loved jazz didn’t hurt anything. Stop Time. Read it–it’s part Glass Castle, part Educated, part Catcher in the Rye. In fact, since Frank is the only man in this list, I considered using the Glass Castle or Educated instead. But Stop Time is a part of me in a way that the other two books just aren’t.

I always said in high school that I wanted to be a writer like Herman Wouk and a diplomat of “Henry Kissinger’s status”.  Henry Kissinger was the only diplomat most people could name in those years. That was 40 years ago. So, I chose Madeline Albright’s memoir instead of Kissinger’s.

Sidebar: I also wanted to live in a cute apartment like Mary Tyler Moore had on TV or like author Helene Hanff probably lived in (my Mom found Helene’s books for me, too). I’d have my books on display as well as a few other things. See that cool little shelf of books? Love that. 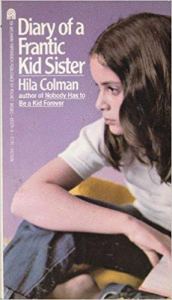 When I first begin to “grow up” [wink, wink] my Mom found this book for me. It may have been my gateway epistolary novel–a book told as a diary. This one was perfect for me at that moment. My idolized big brother was growing up and away from me and life was starting to change me from a tom boy into a young woman, a process made easier by many more books–lots from my Mom. (Which is why I’ve always been heartbroken that my daughter just won’t read).  I’m not sure if this one is still in print, but it is still worth it if you find it used. Diary of a Frantic Kid Sister.

You can enjoy all of this month’s Six Degrees of Separation chains at the host blog, Books Are My Favorite and Best.

4 thoughts on “Six Degrees of Separation: Where Am I Now?”