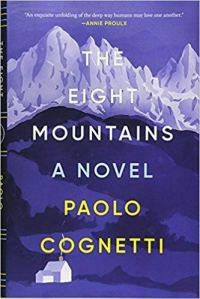 First, thank you to A Life In Books for introducing me to this book!

City boy Pietro comes to the Alps for the summer with his nature-needing mother and mountain climbing, but emotionally distant father. Bruno is a local boy from a dysfunctional family. The friendship they begin in boyhood last a lifetime.

There was something poetic about the language in this small, quiet, book. The language, coupled with a fine audiobook performance by Jacques Roy, made this book a true joy to listen to.  Cognetti manages to make the terrain, landscape, elevation–the “natural world” a character in the story without ever becoming trite or precious. I’ve been in the Rockies in Northern Idaho, the Smokies in Tennessee and North Carolina, have traversed up and down Mt. Mulanje in Malawi, and driven thru more mountains in Scotland–he knows the mountains in his very soul. He knows their language.

This story is the child’s view, then the sullen teen’s view and so on, of his parents and world–that was, at times a bit revelatory for me. I raised a son and daughter on my own. This story shows the impact even an emotionally cold father or an abusive father can have on a boy. As each boy came of age, both Pietro and Bruno struggle to define themselves as men even when, for one, a life-changing offer is made and rejected.  Both boys saw the offer in a different light than the offering party. I’ve spent years studying students in this country who grow up like Bruno. It amazed me to see the most predictable outcome of such efforts in a totally different culture.

I liked reading the man’s side of a relationship, too. That Pietro had an exit strategy in mind at the beginning of every relationship was not news, but it was refreshing to hear it voiced. But more refreshing was that he still had more respect for women and than many who pretend to embrace relationships and imbue them with the predictable phony trappings.

The ending was poignant [no spoilers] and not at all what I expected which was yet another sign of the excellence of the writing.

Blogger Dolce Bellezza put it brilliantly: “I don’t have the right words for this wonderful book, except to say that I recommend you read it.”

5 thoughts on “Review: The Eight Mountains: A Novel by Paolo Cognetti” 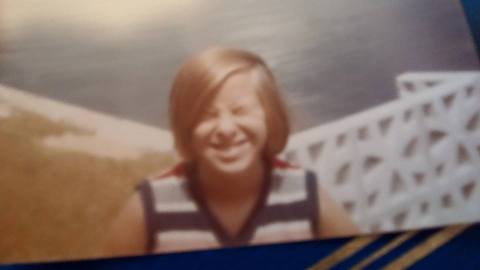 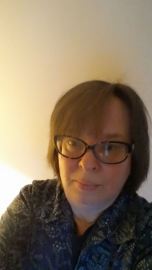