This week’s theme is: Characters That Remind Me of Myself. There aren’t many of those so, I’ve added “etc” to cover “or otherwise resonated with me, made me wish I could have X part of their life or whatever.”

Characters That Remind Me of Myself of That I Related To:

I was a child Civil War freak like Katherine. To read the full story, scroll down to “When a Book Validates Your Experience,” a post from my old blog that is part memoir, part review of the book.  The Confederate General Rides North: A Novel by Amanda C. Gable [is that last name a coincidence? Clark G-A-B-L-E aka Rhett Butler?]

2. Marjorie Morningstar in Herman Wouk’s book of the same name

Marjorie was so appealing to me! As a teen I thought I’d live in New York or London-hahahah. I liked the whole city life idea. Add in writing and theater–I was hooked.  Herman Wouk is still on on of my favorite authors. Sad to think, today his books would all be published as series. No more 600–1000 page books. This is also where I came across the beautiful name “Marjorie”.

3. Diary of a Frantic Kid Sister by Hilda Colman

My memories of reading this book can be found here.

4. Perks of Being a Wallflower by Stephen Chobsky

You can read my experience with this book for the first time at age 54 here.

Books showing how I HOPE I’d react in the circumstances:

When a book validates your own experience 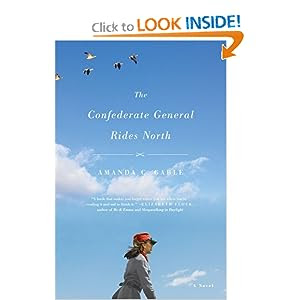 Growing up in the late 60s and 70s, in a home dominated by my father’s crippling depression I realized quickly that I was never going to “fit in” at school. Like in the musical “Chorus Line”–I was “different” which is “nice” but it “sure isn’t pretty–and pretty is what it’s about.” [And, I too “never met anyone who was different who couldn’t figure it out!”] I couldn’t care less about much of what other kids found exciting or fun. Don’t get me wrong–I loved to play baseball [we did this in an empty lot–there were no sports leagues] and watch reruns after school, but most of my life was lived in Walter Mitty-ish style inside my own imagination. I had a whole world–my doll house [built by my Grandfather] with it’s very odd little family, my Breyer horses and horse books, my basketball goal in the driveway, my clarinet and my 10 speed bike that took me so far from home that were it happening today the police would be summoned.

In her amazing debut novel, The Confederate General Rides North, Amanda Gable has recreated a part of my lost world–a girl in love with the Civil War! For several years I was a Gone With the Wind fanatic. I read nearly every word Bruce Catton ever wrote and was ecstatic to receive a subscription to a Civil War history magazine. I treasured [and still have] and fading and worn copy of the Ford Times [the company magazine of Ford Motor Company] that featured my great-uncle’s commissioned art work of a map of ALL the battles of the Civil War. I treasured the letters from my Uncle telling me about that project. Had there been re-enactments in East-Central Indiana at that time, I’d have been there! This book touched me in such a deep and validating way. Here is one passage that just leaped out at me–I totally share Katherine McConnell’s joy in this discovery:

In the next few rows of shoe boxes are football cards, which don’t interest me, but at the end of a sideboard, the boxes contain Civil War trading cards. I look at each one carefully. I have never seen this kind of card before, and for the first time I think that maybe there are other kids as interested in Civil War history as I am. (p. 65)

Had I ever discovered such a thing I might have needed sedation! The cards alone would have been overwhelming, but to make the connection that I wasn’t “the freak” or “the only one” who cared more about the long-ago Army of Northern Virginia than what high school boy would be Indiana’s Mr. Basketball would have given me lasting comfort and a much better sense of self-worth. The Confederate Flag hanging in my bedroom [to the acute embarrasment of my very liberal parents] would be something other kids could actually ENVY and not mock.

Had I been taken on Katherine McConnell’s “Ride North” I would happily have died and gone to heaven–or even have tried to learn math! Katherine finds some kindred spirits (all adults) on her ride, who validate HER experience:

I walk out of the relic shop [where the owner has shown her a Civil War soldier’s diary and an album of Civil War sketches] toward the gate to the Gettysburg cemetery. I like the way Darrell [shop owner] talked to me and showed me things, not because I could buy them but because I would appreciate them. It was the way Miss Jameson [an antique dealer who also shared Civil War treasures with her] acted toward me, as though we shared something significant—a love of stories about our families and the Civil War. (p. 243)

I remember reading with JOY about my Great Uncle’s collection of first day covers of Civil War related postage stamps. I remember my Mother introducing me to “real” history with a book on Lincoln’s funeral published soon after the event. Like Katherine, I was seeped in family history by older realtives who expected to hold sway at family dinners. Captain McKinney and Great-Great Grandfather Watson made the Union Army very real to me as my Mom’s Grandfather made the Spanish American War real and her cousin brought Vietnam home. My own Grandfather’s “Ike” jacket with the various campaign ribbon and Sergent’s stripes was one of my most treasured possessions–as is the picture of 6 year old me receiving it as a gift. History was, and is, very real to me.

This book is also a testament to children who grow up with mentally ill parents. My Dad’s depression, which was finally “managed” with Valium rocked our family. My mother, who had married to spite her parents at 18, had to cope with her husband’s illness, me a sickly kid who barely survived a very premature birth and the challenges of raising my brother who was pretty much a normal 60s kid. She clung to her sanity like Katherine McConnell’s mother–by painting and also by sewing us beautiful, perfectly fitting clothes. As life began to spin out of control she tried to keep sane through the other love she shared with Katherine’s mom–swimming. Like Katherine, I swam like a rock. My brother brought home the swim meet ribbons in our family. He inherited her artistic talent. Sadly, we both received the family tendency toward depression and bi-polar illness.

Thank you, Amanda C. Gable, for such a theraputic book!

5 thoughts on “Top SIX Tuesday: Characters that remind me of myself, etc.”