I have a confession to make: I do not loan print books except to my college best friend and my Mom. That’s it. Sorry. I was burned too many times when young. I will loan Kindle books that are able to be loaned. There. Got that off my chest.

I own a few books that I’d rather no one touch. Oh, I will let you. But if you drag page corners to turn pages or something horrible like that, I’ll throw myself on the book to save it.

Once again, I’ve failed to come up with ten. This week I’ve got only the Top Five. But, today’s release of the Downton Abbey movie trailer will make a few people take an interest in these–The Duke of Windsor and his sister and brothers are contemporaries of Ladies Mary, Edith, and Sybil Crawley. Queen Mary and George V are of Robert and Cora’s generation, and their grandchildren Sybie, George and Marigold are the agemates of Queen Elizabeth! In the movie, George V and Queen Mary are visiting Downton Abbey. 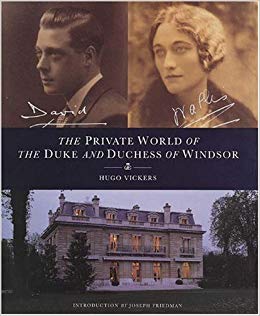 This book isn’t “rare” it’s merely rare–as in it was mass produced but not in enormous quantities.  It is Hugo Vicker’s most beautiful book and shows the completely over-the-top homelife of the ex-King Edward VIII and “the woman he loved,” Wallis Simpson, at their Paris home which was later taken over by Dodi Fayad’s father.  The Private World of the Duke and Duchess of Windsor. 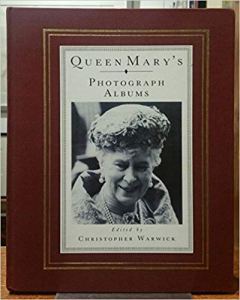 I hope I live long enough that Queen Mary’s diaries will be available online. She is perhaps the most fascinating of royals. Fiance of two heirs to the throne, wife of a King, mother of two other sovereigns, she saw it for what it was: the best career going for a woman of her time and class. She saw all sorts of changes in the royal world in addition to the world at large. She was an odd bird, but interesting. These are all pages from her personal photo albums. Family photos are the most interesting and tell so much of the story. These were taken by her or by others in the family or the “suite” (ladies in waiting, equerries, etc.). All are annotated in her own hand. Queen Mary’s Photo Albums.

Louisa served the first royal Gan-gan, Queen Victoria, and then served her daughter-in-law Queen Alexandra–who was mother-in-law to Queen Mary. This is a fascinating book with pages of photos, scrapbook memories and other images.  Louisa, lady in waiting : the personal diaries and albums of Louisa, Lady in Waiting to Queen Victoria and Queen Alexandra. 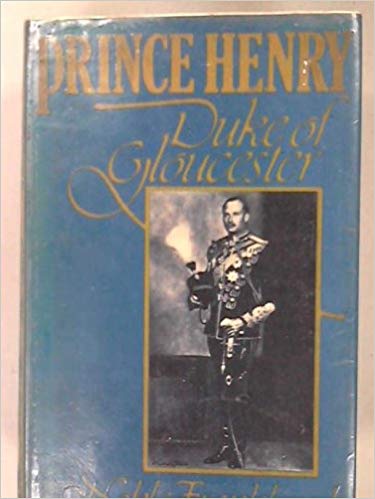 While his mother, Queen Mary, was one of the most interesting royals, Prince Henry, Duke of Gloucester, was one of the most boring. He did collect sporting prints and antique sporrans, but that’s about as exciting as it gets. The treasure is finding out that the used copy of his equally dull authorized biography I bought online was signed by his widow. The now later Dowager Duchess of Gloucester is the only wife officially allowed to call herself Princess. In widowhood she was known as Princess Alice, Duchess of Gloucester. Prince Henry by Nobel Frankland. 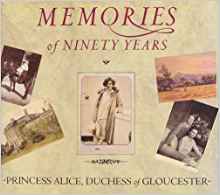 Alice lived so long she produced two memoirs. Both are enjoyable, but the Ninety Years volume has a scrapbook feel and features her watercolors and photographs–one of which won a major award back in the day. Her brother was a big shot in Colonial Kenya–of the Happy Valley set and she, like her future royal husband, spent a lot of time in that beautiful country (or colony as it was then). She and her “Harry,” were both keen horse people–they hunted (fox hunting) throughout the season. They sadly lost their eldest son, Prince William, in an air crash–he was a daredevil and raced planes.  Memories of Princess Alices, Duchess of Gloucester.

7 thoughts on “Top Ten [five]Tuesday: Royal Books That I all but Refuse to Let Anyone Touch”