Over the last several years, I’ve been Reading Across the USA. There are other bloggers who do this, there is a reading the world group on Goodreads (I keep a list of books read by country, too). This year I will finish all 50 states, plus D.C., and Puerto Rico. Most of the time the states have been covered without researching books set there. For the final four states, Wyoming, Delaware, North Dakota, and Nevada, I had to do some research, which led me to my Rhode Island book-–The Memory of Running.

If this story was set in today’s Rhode Island, Smithson Ide might be mistaken for an INCEL– an involuntarily celibate individual (usually a white male of a certain age) and might be thought to own a MAGA cap. But, we are back before computers and cell phones and before any of those. Growing up in East Providence, RI as part of the Baby Boom generation, Smithy, as his family calls him, was an ordinary boy with a mentally ill older sister. His salvation was a Raleigh three-speed English touring bike.

After Vietnam and years of going nowhere in his job at the G.I. Joe toy factory, Smithy goes thru a traumatic loss and then a traumatic “find” in a matter of days. Now fat and full of self-loathing he gets on his old Raleigh and changes his life. 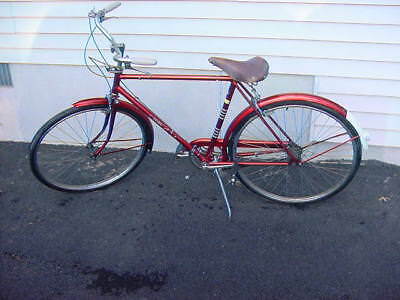 I loved that the Ide family pulled together to keep Bethany with the family and in appropriate treatment at a time in which many such children were institutionalized with no stigma placed on the family. I loved the gentle way in which Smithy and his parents reacted to her episodes of “the voice” telling her to do bad things or sending her into catatonic poses.

I also liked the way Smithy rebuilt himself and “found” Norma, a neighbor he’d grown up with, anew. It was not a sappy sort of “finding,” it was a mature one.

“Did not like” is too strong for my feeling. I did find it necessary to fast-forward through a few places when Smithy was talking to a stranger or two. The stranger of those moments just didn’t hold my interest. These were a minor problem though.