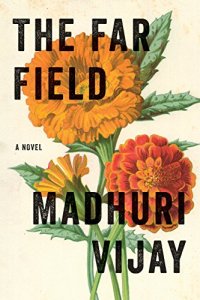 India is a country I’ve long wanted to visit. It is a fascinating place. The story interested me for that reason and because the young woman is of my own kids’ generation.

Shalini is a young college grad working in a lifeless job and yearning to make a difference.  She decides to go off and look for a man who used to visit their family–a man from Kashmir, a troubled region near the dangerous boarder with Pakistan.  In alternating chapters, she tells of her time in Kashmir and the story of her trouble middle-class upbringing in Bangalore, explaining  how her family knew the man for whom she is searching why he was important to her. 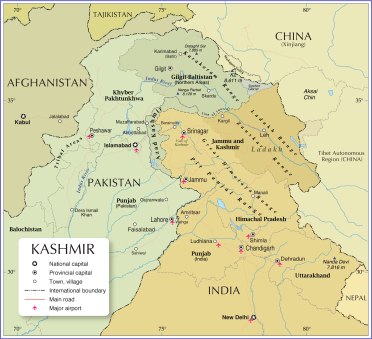 I sincerely doubt if one American in 1000 today could find India and Pakistan on the map, let alone the Himalayas (which Americans pronounce incorrectly) or Kashmir or Bangalore. We hear of India and Pakistan only when the word “nuclear” can be added or a disaster is perpetrated by an American chemical company. Even fewer Americans know that a minor member of the royal family, Lord Mountbatten, (Prince Philip’s Uncle and Prince Charles’ mentor) afraid to be away from his naval career too long, set an arbitrary date for full Indian Independence. To make that long story short, he divided India into two nations–Pakistan being the new country born out of a majority Muslim area. This area of the so-called “partition” has been violent almost ever since. If Americans consider the mess we have currently on the Mexican border and then add in religion, and religious extremists who are eager to kill or die or both, you can about picture the region Shalini went to in this book.

All through the story, I thought of myself and my fellow Peace Corps volunteers arriving bright-eyed, pukingly earnest and eager to “help” by telling people how to do things the American way. Shalini’s experience was so similar. The feeling of “family” created with the locals with whom you lived [although the dictator I lived under did not allow foreign volunteers to live with host families as is the norm in nearly every Peace Corps country–even 1960’s India itself where President Carter’s mother, “Miss Lillian” served in retirement], the sense of “belonging” you gain as the community becomes geographically familiar to you, and self-esteem you develop as the languages and gestures of the people start to become understandable. You feel yourself “assimilate.” You think you are a local, a real resident. A part of the community.

All of that is laughable. You are so ridiculously naive. You find this out when you go to leave at the end of service and they want your stuff. Shalini, too, found out just how naive she was and I relived every emotion along with her.

Every word of this book rang true. The emotion, the process of assimilation–it was so chillingly accurate. Yet, in the end, Shalini found out what an impact she had [no spoilers] and how naive she was.

The Far Field by  Madhuri Vijay

I listened to the audiobook.

I learned of this book from the Podcast “Reading Women,” episode 70.

7 thoughts on “Review: The Far Field by Madhuri Vijay”