This month’s Six Degrees of Separation chain begins with the new bestseller, Three Women, which I have not read. It is hyperbolically described as the “deepest nonfiction portrait of desire ever written” (Amazon).  I haven’t read it and have no plans to do so.

The book is nonfiction, a collection of essays on the sexual dysfuction, sexual satisifaction, whatever, of three women–the first two in the never-positively mentinoed states of Indiana and North Dakota–a bored housewife in a dead marriage, a 17 year-old high school student who wants her English teacher. The woman in cool Northeast blue state land, naturally, has the most ‘out-there’ sex life (I won’t bore you with the ick-factor of it). Ok, then…..

This first brought to mind one of the two classics to emerge from my college town–actually it is a multiple volume report, but I’m showing only one volume and counting all the volumes as one title.

I DID read parts of these reports way back when in college. My Mom lived in the town at the time it came out so that made it more interesting. Plus my parents had given us the 70’s take on it--Everything You Always Wanted to Know About Sex But Were Afraid to Ask, so lets say I had a lot to sort out. TMI? Well, it sure was for me at 13!! But Kinsey, whose Institue is located on the campus of my alma mater, Indiana University, interviewed countless people about their intimate lives. It was titillating reading, but not great literature.

This made me segue to the other big book that came out the year Kinsey’s first volume appeared. It was also from my college town and was written by my great-uncle’s (artist Edwin Fulwider) best friend, Ross Lockridge. I have read it and found it disturbing, often boring, at times incoherent. Sadly, the author’s depression caught up with him and the poor man took his own life. Raintree County, by Ross Lockridge, is my second book.

After that little detour, my mind went back to the Three Women. What did they have in common? Not much except all could get pregnant.

That led me to the current bestseller (that I also have not read) The Farm: A Novel, by Joanne Ramos, in which women live at a surrogate mother “farm” (I’m sure there’s more to it than that!). I really like the cover, for what that’s worth. [It also brought to mind an extra book, A River of Stars, set initially in a home for Chinese mothers birthing anchor babies in the USA).

The Farm made me think of a book that’s been on my TBR for too long, Never Let Me Go by Kazu Ishiguro. The word “dystopian” is used to describe this book about clones raised for the organs, so that’s likely why I keep putting it off. Dystopian and I are not great friends.

All this breeding made me think of another sort “breed”–In This House of Brede by Rumor Godden, a book I have read and loved.

Finally, all those nuns brought to mind the DH Lawrence book, Women in Love, for the title only. I’ve read it and enjoyed it and it was the first movie I saw in college saw that sort of ties it to the first two titles as well. 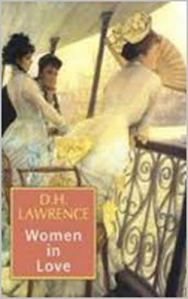 You can read all of this month’s chains at Books Are My Favorite and Best.

November’s Chains start with Alice in Wonderland–a book I happen to dislike.