I was born in “Chicagoland” and shopping to my family meant going to Marshall Field. All of my dollhouse purchases and our Matchbox car purchases came from the toy department. My father, grandfather and uncle’s suits, white shirts, and ties all came from the men’s department. My mother, aunt, and grandmother once all innocently purchased the same dress in the ladies’ department! (And three more different women you could not find in one family).  Best of all, Marshall Field’s was where Santa came. Happily, in 2003, my cousin and I took her two younger daughters (who were being VERY, VERY good sports at their age) and my two children to see the decorations and to talk to Santa just before the State Street store and the rest of the chain became….ugh…Macy’s.

So, when I learned from The Chocolate Lady’s Book Review Blog of this book, I knew I had to read it. I love older man–younger woman true romances and love historical fiction, so …. 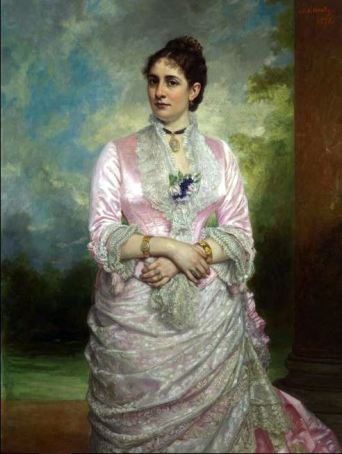 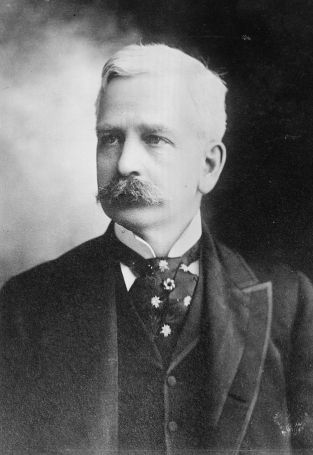 On the night of the Great Chicago Fire [remember–Mrs. O’Leary’s cow??] Delia Spencer [another gaggle of famous Spencer girls!] meets the love of her life, 40-year-old, married, Marshall Field, later to become synonymous with the great department store bearing his name (among other things).  As changes happen in Chicago, and “Marsh” becomes even more powerful, Delia is there for him. Married herself to another Chicago society man, Del, Arthur (her husband), and Marsh lead a life together always complicated by the overbearing Nannie, aka Mrs. Marshall Field.

I don’t usually post unmarried couples as great cross-generational romances, but this one was just shy of Mr. Rochester’s crazy wife in the attic, so I let Marsh and Dell have their day. I loved them but didn’t always like them. God doesn’t send a lady someone else’s husband, after all. Not while that other lady is still alive.

The book itself was well-paced, the writing very good. Marsh and Del were fairly well fleshed-out. The author did get too heavy on the newspaper or couturier catalog description of rooms or clothing though. In fact, that got to be a drag in places.

I didn’t find either Marsh or Delia to be that likable, except when they were alone together. Delia did lovingly care for her own husband at one point which redeemed her some.  While I found Nannie to be beyond unlikeable, she also had reason to be!

Marshall was Marshall–a man completely obsessed with his work, his legacy, his own world. Power is a quite an attraction for many women. Marsh, unless the author skipped this part, did not openly play the field. I suppose that redeemed him some, too.

Aside from the flaws mentioned above, and a few silly mistakes like calling Marhsall’s children “teenagers” before the word was coined, and pontificating conversation such as “he’s changing the face of State Street,” I still found this to be a good read although I acutally listened to the audiobook. 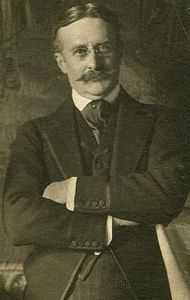 This book was published in 2014, right when the drama Mr. Selfridge was all over PBS. Harry Selfridge got his start with who? Marshall Field, of course!

Marshall’s daughter, Ethel, was mother to British socialite Ronnie Tree (from her first marriage) and was the wife of World War I’s Admiral David Beatty by whom she had two more sons. Marsh regarded Beatty as “a sailor.” He was 30 years her senior. 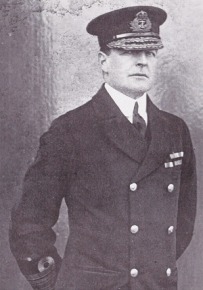