Here is part of the Wikipedia summary of this book: “The novel centres on Charlotte Heywood, the eldest of the daughters still at home in the large family of a country gentleman from Willingden, Sussex. The narrative opens when the carriage of Mr and Mrs Parker of Sanditon topples over on a hill near the Heywood home. Because Mr Parker is injured in the crash, and the carriage needs repairs, the Parkers stay with the Heywood family for a fortnight. During this time, Mr Parker talks fondly of Sanditon, a town which until a few years before had been a small, unpretentious fishing village. With his business partner, Lady Denham, Mr Parker hopes to make Sanditon into a fashionable seaside resort. Mr Parker’s enormous enthusiasm for his plans to improve and modernise Sanditon has resulted in the installation of bathing machines and the construction of a new home for himself and his family near the seashore. Upon repair of the carriage and improvement to Mr Parker’s foot, the Parkers return to Sanditon, bringing Charlotte with them as their summer guest”.  Read the rest of the summary here.

My Thoughts on This Book:

I enjoy Jane Austen, but I admit freely that I prefer WATCHING her works to reading them. Now that that little heresy is out of the way, I’m delighted to tell you that Sanditon will be on PBS Masterpiece in January. 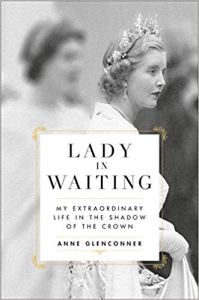 2. This brought to mind the lovely Lady In Waiting, The Baroness Glenconner, who not only endured everything Princess Margaret handed her, but endured a bizarre marriage to a loche man who had to have left her traumatized on many an occasion. Colin, Baron Glenconner, owned the island Mustique–playground of Princess Margaret, Mick Jagger and many others. Lady in Waiting by Anne Glenconner. 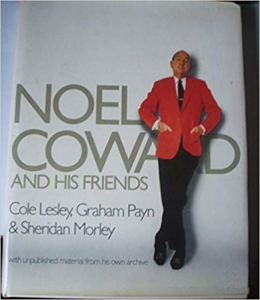 3. Another rather loche individual who was also spoiled and fun and loved Jamacia and island life was Noel Coward, who made a famous t.v. commercial supporting island tourism. Of course, he also wrote many of the cleverest lyrics ever and many excellent plays. He was rather mad, too. His friends include Ian Fleming–who also had a home on Jamacia called Goldeneye, and Anthony Eden, who recovered at Fleming’s island estate after his botched gal bladder operation while he was Prime Minister.

4. The estate Golden Eye led me to another book I haven’t read, but stumbled across once on Amazon, Reflections in a Golden Eye by Carson McCullers. The summary of this book: “Set on a Southern army base in the 1930s, REFLECTIONS tells the story of Captain Penderton, a bisexual whose life is upset by the arrival of Major Langdon, a charming womanizer who has an affair with Penderton’s tempestuous and flirtatious wife, Leonora,’ tells me why Elizabeth Taylor starred in the film. 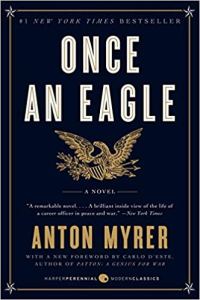 5. The whole theme of Army life brought me to perhaps the best ever novel on that subject, Once An Eagle by Anton Myrer–at one time (perhaps even today) it was required reading for officers.

6. Finally, this brought me back to an odd combination of Army and island life, but I’m not sure about madness–Field Marshall Earl Alexander of Tunis, a handsome man who spent the post-war years as Governor General of Canada, and whose younger son, Brian, was good friends with Colin Tenant (Lord Glenconner), and helped run Mustique and partied with Princess Margaret. Father and son both probably met Noel Coward, Ian Fleming, and Anthony Eden, too, for that matter. Whether any of them read Jane Austen, I can’t say.

January’s book is Daisy Jones and the Six by Taylor Jenkins Reid, which I loved. Read my review here.

5 thoughts on “6 Degrees of Separation: Sanditon by Jane Austen”