I learned of this book last month during Nonfiction November in this post of nonfiction favorites from blogger Book ‘d Out. During my stint in Peace Corps in Malawi in 1989 to 1991 the other expatriates with whom I was friends were Australians. I remember the wife being surprised when recounting her time at Syracuse University in New York state, that she was expected to have a home phone even though she would be there less than two years! Even in 1989 that was unimaginable to me–an American. Today I have another good friend in Australia, who, like me, grew up in the same era as this author. 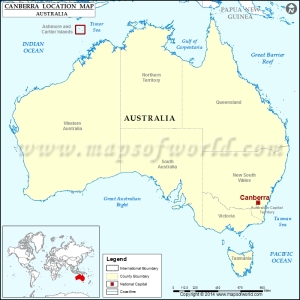 Richard Glover was the child of a Ten Pound Pom–an Englishman who accepted a bargain fare underwritten by the government to immigrate to Australia. There he did well enough to send Richard to a tony private school–something that would have been forever beyond his reach in the UK of that time. Richard tells of the various ways Australia was different back then–the title’s bemoaned lack of avocados being one way.  His humor takes us easily through all the ways children died back then–such as being flung thru windshields of cars due to no car seats. He wrote this book more to show that nostalgia is misleading–things are far better today for the average Australian than they were in the 60s and 70s–a more than 12 year gain in life expectancy being only one obvious proof.

I was surprised to learn that “Night Soil” men still plied their revolting, but necessary trade even city neighborhoods into the 1970s. when a Prime Minister’s great achievement was getting everyone “flushed”–i.e. connected to sewers, rather than to septic tanks or worse. I also learned why my friend was so surprised that Americans expected everyone to have a phone–an up to two-year wait for one in Australia into the 1970s!

Overall, many “differences” between then and now were fairly universal among developed nations of the time. Kids roamed free, no one wore seatbelts, everyone tossed trash out the car windows, no one “hydrated” or ate broccoli, workers had Unions who saw to it that they earned a living wage and had affordable health care. Of course, the truly bad things were there, too–all those death in car accidents from no seat belts or drunk driving, widespread racial discrimination, no concept of sexual identity so discrimination against anyone not heterosexual, widespread office/factory floor sexual harassment, etc.

Today, worldwide, figures show we are ALL better off–yes all, even HIV/AIDS patients in Sub-Saharan Africa who now have hope of medication.  Still, we like to look back and say how great the good old days were when children routinely drowned in unsecured backyard pools or from swallowing medicine without a protective cap.

The Land Before Avocado by Richard Glover

3 thoughts on “Review: The Land Before Avocado by Richard Glover”