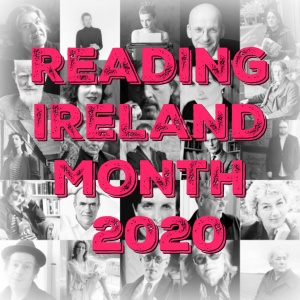 I decided to follow the host, 746 Books’ idea of reading a contemporary.

“With language so vibrant it practically has a pulse, Enright makes an exquisitely drawn case for the possibility of growth, love and transformation at any age.” —People

With hype like this at the top of the Amazon blurb, I was cautious but hopeful. I should have kept moving. My snarky side says this one all that praise for mentioning masochistic homosexual sex. That follows most of a chapter trying to wax eloquent about butchering a chicken, more on disagreeable fictional people’s sex lives than I ever wanted to know, a few teary moments over a friend of mine lost years and years ago to that new illness that became known as AIDS, then HIV/AIDs, a trip to Africa to remember all the folks I knew there who died of HIV or related illnesses, and even more depressing things like, oh,  breast cancer. Yeah. It reminded me of last year’s revolting “real” book–Normal People, which I also loathed for many of the same reasons, but especially because these were just not people I cared to know! I couldn’t connect with any character enough to finish this book.

I will give Anne Enright her due–she can coin a phrase. Her ability to pin a person to a description is likely close to being unrivaled. How many could pull off “her supermarket hair,” or “it was a lived-in face,” and, “her voice had layers.” I loved these phrases! The book IS written in a fine style–it was the subject matter that did me in. It’s not as though I’m unfamiliar with Ireland and Irish culture–although my family came from Ulster, not the south and we are Protestant, there’s a whole lot that’s the same. Anyone not a British aristocrat had a pretty crappy existence anywhere on the Emerald Isle until the late 20th century. But in The Green Road, I just could not like these people (just like in Normal People) and reached a point where I could not give the book one more second of what’s left of my life! DNF. I recommend DNS–do not start!

I listened to the audiobook until disc 6.

If Anne Enright ever writes a book that has a shred of happiness or positivity in it, I will gladly read it.

The Green Road: A Novel by Anne Enright