Six Degrees of Separation is a monthly book meme hosted by Books Are My Best and Favorite. A chain of 6 books is linked somehow–whether to all books or only to the one before it. A common book is given each month with which to start the chain. 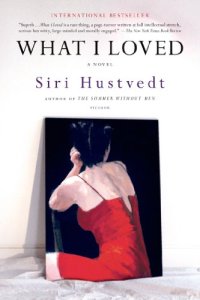 The month flew by! Now for the long 4th of July holiday–the only one that isn’t a Monday holiday law holiday. We get to have it on Friday.  Six Degrees this month features a book I’d never heard of, so I investigated it, bought it, and even started reading it. So far, so good, but I’m nowhere near finished. I’ll just use what I can from what I’ve read to develop my chain. It is What I Loved by Siri Hustvedt.

Here’s part of the blurb from Amazon:

Siri Hustvedt’s What I Loved begins in New York in 1975, when art historian Leo Hertzberg discovers an extraordinary painting by an unknown artist in a SoHo gallery. He buys the work; tracks down the artist, Bill Wechsler; and the two men embark on a life-long friendship…. follows the evolution of the growing involvement between his family and Bill’s-an intricate constellation of attachments that includes the two men; their wives…and their children….The families live in the same building in New York, share a house in Vermont during the summer. 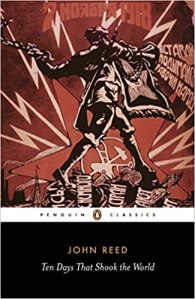 For some reason, it was that part of the blurb about a summer house that took me, to another creative couple, and a scene from the movie Reds. Trust me it makes sense. Another “artist” and his wife and their friends. In a way, they were a muse to each other–in a way. Too tenuous a link? Maybe when I finish reading What I Love I’ll have my answer? Ten Days That Shook The World by John Reed [Louise Bryant was his wife]. (See the film clip at the bottom for part of the scene that inspired me.) I recall staying awake all night, unable to put this book down. I don’t honestly recall what or if it actually recounted of Reed & Bryant’s relationship though–I read it in 1983.

That Reds scene, somehow, led me to Heartburn by Nora Ephron, which I watched on an excruciating date when it came out. Rachel is a cookbook writer, but her husband, Mark, is now having an affair while she is hugely pregnant. Scumbag. This reminded me of a scene from a Woody Allen movie that I watched on another excruciating date with the same guy, but I won’t name the title because I loathe Woody Allen.

That naturally led me to one of the ultimate scumbag husbands, whose wives were each, in turn, a sort of muse to him–Ernest Hemingway. The Paris Wife [Which then brought to mind a scene from the movie Islands in the Stream, which was based on Hemingway, but that scene isn’t in this book] and it’s “Sister-Wife-book” Love and Ruin. (I’m counting these as one book). (My review is here for Love and Ruin).

In Love and Ruin, Hem runs off to Cuba to escape the world. He lets one wife do up the house for the next wife to live in. Nice guy, but running away from the world led me to Helen and Scott Nearing who gave up on Capitalism, but not the U.S.A. and ran into the woods to live The Good Life, which reminded me of a scene in the movie The Way We Were but definitely wasn’t in this book! My review is here.

This brought me to another New England marriage, but one that epitomized capitalism. One was an actor who owned a grocery store, the other a writer whose memoirs were regarded as “fiction” by her family. She is revered by her readers though. Madeleine L’Engle’s Two-Part Invention has now been added to her Crosswicks Journals, which are my favorite of all her books, no matter what her children said about them.

So, we have now gone full-circle, back to artists, marriage, and family.

9 thoughts on “6 Degrees of Separation: What I Loved by Siri Hustvedt”