Today’s topic was supposed to be “Book Events/Festivals I’d Love to Go to Someday (Real or Fictional.)” I just couldn’t think of anything, so I’m substituting fictional non-book events.

Willowdean becomes the most unlikely beauty contest entry in the South. This pageant is her mother’s lifeblood. Can a girl with a figure curvey enough for high double-digit sizes be taken seriously as a contestant? Does she really get the guy? I’d want to be there for all of it. Dumplin’ by Julie Murphy.

I’d love to sit back and watch as high school kids, high on words, perform! The Poet X was such a fabulous book–it would be even better to experience it in real life!

The Welly Wang at Winsleigh Green in the book I reviewed yesterday’s The Old Girls’ Network. Who Wouldn’t want to toss a heavy green, rubber boot for charity?

The Festival That Needs to Start in the Next Book!

I’m positive Mitford needs to have a Livermush Festival! Puney could sell her cornbread. There’d be a sale on slices of Esther’s OMC, and someone else could sell my favorite delicious vanilla cupcakes from the Mitford cookbook! Oh, it would be great–wouldn’t it?  Cynthia could read stories,  Dooley and Lace could hold a pet adoption clinic. It would be fun. The Mitford books by Jan Karon. The latest is To Be Where You Are. 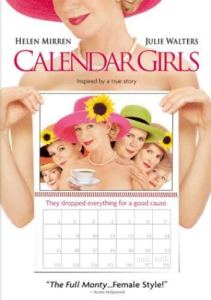 Any sort of fair with a cake judging. “They don’t give the May Wilkinson out lightly!” Calendar Girl Chris said after winning the so-named trophy after submitting a cake made by British retailer Marks & Spencer! Calendar Girls.

The judging of the Dowagers’ Roses: Mrs. Miniver and Downton Abbey 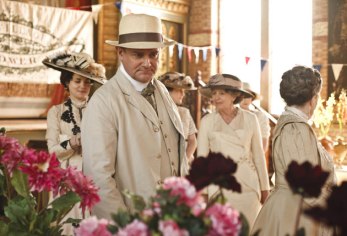 You can read a nice blog post about the two identical events here at World of the Written Word from several years ago. Mrs. Miniver, the superb film of the early years of World War II in England, shows Mrs. Minver subtly enticing the grand Lady B to let the humble gardener win the award this year. The same exact thing happens in Downton Abbey–The Dowager Lady Grantham always wins for the best rose. Sheis persuaded to be generous and let the gardener win for once. Downton creator Julian Fellowes played fast and loose with a few storylines from the 1970’s Upstairs, Downstairs series, too, such as the love affair for cook Mrs. Patmore which was all but identical to the story of Mrs. Bridges in Upstairs, Downstairs.

Win a Harmonica with Sophia Loren

Sophia Loren cheats to get little Robert his harmonic from a Carny game, saying “Your father, the Cheif of Police…” to cover her theft. Houseboat.

Whatever it Was That Was Going On in Nice 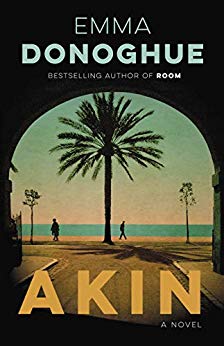 I’d have loved to have been the fly on the wall, observing Noah and great-nephew Michael as they came to terms with being stuck with each other. There was an event going on in Nice in the story that made things a bit more challenging. I’d like to have been at that event. Akin by Emma Donoghue.

The One That Has People On Edge Today

The Bazaar for the Confederacy

“One hundred and fifty dollars–in GOLD, for Mrs. Charles Hamilton,” Rhett barked. Dr. Meade refused on Scarlett’s behalf saying “She won’t consider it.” But Scarlett’s voice rings out true, “Oh yes I will!!”  Even though my ancestors fought for the North, I’d like to time travel and be there for this! Gone With the Wind.

For the record: I do NOT support any racist organizations and I do admit GWTW is unbelievably racist in its portrayal of the slaves.  It was written by a southern woman in the 1930s, not by a scholar today though. In spite of its obvious flaws, it is still regarded as one of the greatest of all American novels, so I will continue to use it in posts on that basis. The movie garnered the first Oscar for a Black Actress–the great Hattie McDaniel who played a slave. The movie also altered a scene so that Scarlett’s attacker was white in the movie instead of an ex-slave as in the book.

Check out the rules at That Artsy Reader Girl and join in next week!