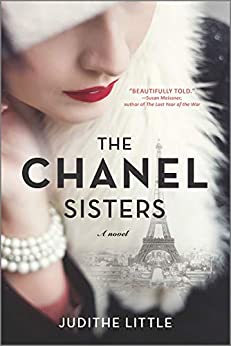 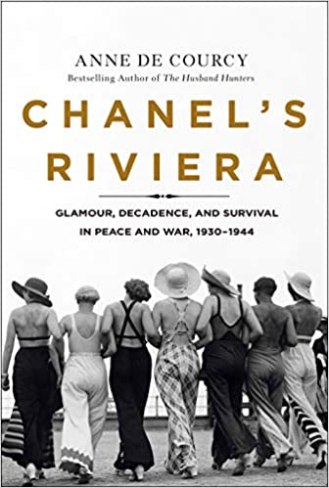 The Chanel Sisters sounded really good. I looked over a few early reviews and saw one that said skip the early chapters. I couldn’t agree more. They checked too many pet peeve boxes–especially contrived/stilted/oh too prescient conversations. Unfortunately, people who do not know a thing about Chanel must be brought into the story. I skipped, but unfortunately, I had already listened to a fictionalized Chanel story, Mademoiselle Chanel by C.W. Gorter. No offense to author Judithe Little, who I’m sure did a great job, but one novel was enough, and Gorter got my attention first. While browsing the libraries available E-audio books, I found Chanel’s Riviera by a favorite author, Anne de Courcy, which had been on my TBR since it was announced. I grabbed it and was so glad I did.

My interest in Chanel begins and ends with her raffia with the Duke of Westminster and her friendship with Winston Churchill. Of course, I love her scent, Chanel No. 5 and the Nancy Reagan-Chanel suits. An interesting “what if” of history is “what if” Chanel had conceived a child–an heir and had a hurried-up wedding to Bend’Or? A very lovely young man named Hugh would not now be the Duke in a Cousin Matthew-ish story in real life for one thing! What else might have changed? Churchill as godfather? An ex-Duchess of Westminster revising her fashion business? Oh well, that’s the “what ifs.” Today it’s the real story.

The Riviera pre-World War II was a haven for writers and creatives. Chanel lived there in the house given her by the Duke. Another Duke–Windsor, the ex-king who couldn’t get his life quite right (are you listening, Harry?) also stayed there a lot. The story of his near treason and his having to be reminded that, as a Field Marshall, he was disobeying orders to leave France, is better told by another character in this book, Alexandra Curzon Metcalf (aka Baba, married to Fruity, the Duke’s equerry) in her letters which were used in Frances Donaldson’s biography of the Duke. Somerset Maugham and other writers, Jean Cocteau, and “the little people” are also part of the cast of characters of this “Life and Times” sort of biography.

The Riviera was a playground of the rich and the creative. With the rise of the Nazis and later the fall of France it became something of a haven for Jews fleeing the Reich and for refugees from other parts of France. The story of those years is the best part of the book–though I had learned some history from the recent novel, Akin, both from history told within the story and from various rabbit trails it led me down. Chanel herself was, of course, a survivor. Like many another abandoned child, her allegiance was to herself.  Again, not a-typical of abandoned girls, she sadly, always had to have a man at her side–this is what caused much, but not all, of her post-war controversy. The discussion of who was and who was not a collaborator acknowledges that almost anyone working or in business during the occupation could have been rightly branded a collaborator. Chanel’s social status most likely helped her a great deal in this discussion. Certainly, her head was not shaved as it was for other women who slept with Nazis.

I learned little additional information about Chanel, but enjoyed every moment. De Courcy’s books are so readable, so enjoyable that the backlist is a pleasure to work through.  I had already learned a lot about the hardships under the Nazis and the controversy of Chanel’s German lover, but it was fascinating to read “the big picture” that De Courcy assembled. It is well told and an enjoyable read. 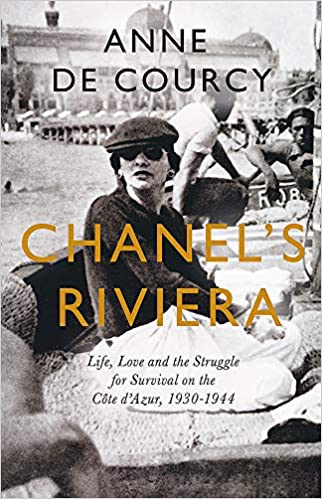