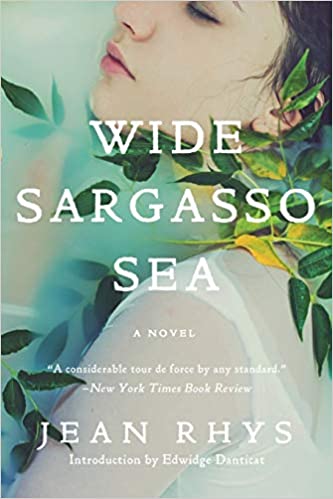 The Classics Club does periodic “spins”–a fun way to get through our classics TBR lists.  It’s a fun way to tackle a book you want to read, but may never find the “right” time to do so. You make your list of classics TBR and then, on the assigned day, a number is announced. You read the book in that number/place on your list. Fun! Here’s the list I used last time that resulted in Wide Sargasso Sea. Link to Classics Spin #26.

The Club’s deadline was May 31st, but I’ve been struggling with print reading for a while, so I’m late.

My Interest in This Book

Jane Eyre was one of the first “grown-up” classics I read. I loved it. I’ve re-read it, but only once. My interest was renewed several years ago when Downton Abbey threw the “crazy wife in the attic” story line (is this a “trope”??) at poor Edith. I knew I owned a copy so I found it and added it to my list. Finally, in Spin #26 it was time to read it.

“There are always two deaths, the real one and the one people know about.”

Wide Sargasso Sea tells the early life story of Rochester’s mad-in-the-attic-wife. From the down-at-the-heels family and estate, the now-free enslaved servants, the mysterious religious practices of the Caribbean islands, we get an interesting picture of this young woman. Married off by her step-father to a man too new to to the islands to know what to question, her life never gets better–in fact [no spoilers] in some ways comes full circle.

Much has been made of this book as a feminist and post-colonial “classic.” Identity is a central theme. Rochester stats calling Antoinette “Bertha” supposedly as a way to break her spirit and make her into a woman he can understand. His identity as a man in charge of his destiny is rocked by the culture of the Islands. He no longer knows whom to believe or trust. The tales he is told about his new wife leave him confused. The newness of his life in the Islands leaves him vulnerable. Antoinette–does she love another? Was she forced into this marriage? What is the truth?

It reminded me most of all of a very hotly debated celebrity couple much in the news lately. From different countries and backgrounds the wife of the couple is either seen as a narcissistic sociopath or at least a liar, or is seen as the second coming of an imagined Saint. That is about how this book read to me!

“Till she’s drunk so deep, played her games so often that the lowest shrug and jeer at her….I tell you she loves no one….” (p. 165)

“They bought me….You deceived me, betrayed me, and you’ll do worse if you get the chance…(That girl she look you straight in the eye and talk sweet talk-and it’s lies she tell you. Lies. Her mother was so. They say she worse than her mother).” (p. 170).

Rochester and Antoinette come to hate and loathe each other. Both have been used. Both become angry. Both wish to return to life without each other, but that is not possible.

Overall I was not very emotionally invested in this book. Parts of it brought up the time I was used/duped in another culture when I was fairly newly arrived. That didn’t make me on “Team Rochester” but I understood his confusion over who to believe. I also understood the resulting anger he felt. But, I also felt for Antoinette who, like women throughout the centuries, had no [GAG!] “agency” as I must say today!! My pet peeve of overly-woke word choice is meant only to belittle political correctness run amuck, not to ever to punish women over how little CONTROL or CHOICE [often the better word than “agency”] women have had over their life’s situation. She had far less say in her life than he had in his. That is the one difference I see with that well-known celebrity couple of today. That wife was no innocent like Antoinette. That wife had “agency” as she would undoubtedly say.

If my comparison of the two couples makes me seem foolish–fine, I can live with that. I am only being truthful (but not giving “my truth”) about what I thought of while reading the book.