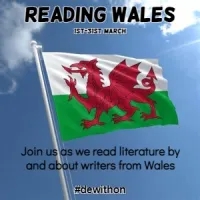 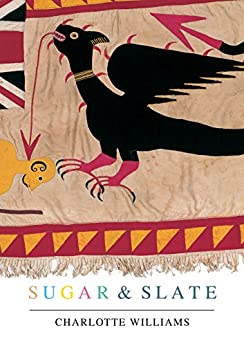 I read this for this year’s Wales Readathon–#Dewithon22, hosted by Paula at The Book Jotter blog. She suggested this book as one everyone could read this year. You can read Paula’s post about the book here.

“Ever see any of our kind go searching out their white roots?”

Charlotte grows up neither Guyanan nor Welsh. Her black father and her white mother have made her against the rules. She is “mixed.” Where does she belong?

This memoir tells of Charlotte’s life and her search for belonging. It is about the life of someone who is not this and not that. A life always navigating in the middle. Of never being fully accepted by either side.

“Its the same sensation people struggle with when they hear an Asian man speaking with a heavy Scottish accent, or see a guy with dreadlocks riding with the hunt or a black ballerina in a tutu.”

Her childhood is split by her father leaving to reclaim his far-forgotten African roots. Later he will return to his native Guyana instead. Her mother wants to be with her family in Wales but they go off to Sudan and Nigeria. They return to Wales. All of this leaves Charlotte disoriented and a alienated. Unsure of who she is.

She finds her way through normal life while sorting out her confusion. She is treated badly as a teen by the boys in her school. She goes off to University. She makes a life with a white, Welsh husband. When he takes a position in Guyana, her turmoil explodes for she doesn’t fit in there, either.

This is a brilliant memoir. Brilliant. That’s a word Americans rarely use in this way. But it’s the best word for it. I must have highlighted half the words in the story. Sadly, it is a very difficult book to review. I can say that the prose is vivid and readable and that the emotions are raw. But how to show this? I’m not sure I can–just read it.

What makes someone [insert a nationality]?

Are the generations of Turkish Guestworkers now Germans? Are the Moroccans who settled in post-war France truly French? Should anyone whose ancestors came to North America in a boat or plane be called an “American?” For Charlotte the question of who is, and who is not Welsh, is the same questionbeing asked the world over today in terms of other nationalities. But she does such a superb job of personalizing this question. Of navigating the waters of her own family.

Does having two parents born in Wales make one “Welsh?” Apparently not. This is difficult for an American. Anyone born here, even to parents in the country illegally, is automatically a citizen–an “American.” Does speaking the Welsh language make one Welsh? Not completely. It’s a puzzle. It’s much the same with her parental linage.

“Africa,” as too few Americans realize, is a continent divided up by 19th and 20th Century colonial rulers without regard for ethnic, linguist or other liness of settlement. The “countries” on the continent of Africa, like their borders, are made up. The same is also true in Guyana–there were at one time THREE separate colonial outposts called Guyana, ruled by three different colonial powers. Charlotte’s father was from the British one. But is he somehow an African of whatever ethic origin? Not really. Is he even still Guyanese? It’s all such a puzzle.

I believe this book will be taught in Universities in courses on ethnic identity or self discovery, and other topics, for years to come.

Sugar and Slate by Charlotte Williams