The Gilded Age is a favorite of mine and the Cottages of New Port are on my Bucket List. I really enjoyed Lauren Willig’s Band of Sisters (click for my review) last year. (I’ve read one book by Karen White but have no memory of it–it’s just in my Goodreads “Read” list. I haven’t read any by Beatriz Wiliams though I started one and ran out of library time). Plus, I was intrigued by the idea of a committee of three writing a novel (apparently it is their second novel written as a trio). 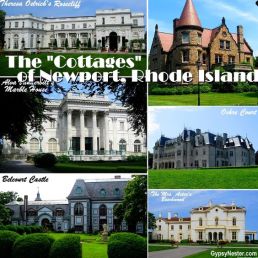 The book cycles through alternating chapters telling the story of three members of the Sprague family (or their staff) in their Newport “Cottage” (i.e. mansion). Ellen, in 1899 (the Gilded Age) is music teacher to Maybelle Sprague whose brother wants her married off to an Italian Prince (this is the era of the Dollar Princesses–aka, Cora Crawley of Downton Abbey or Winston Churchill’s mother, Jennie Jerome and his cousin’s wife, Newport’s own Consuelo Vanderbilt). In 1957 we have Maybelle’s great-granddaughter the oh-so-helpfully nicknamed “Lucky,” the 50’s upper-class party-hosting wife (JFK and Jackie are guests) of hard-drinking, Mad Men-ish skirt-chasing Stuyvesant Sprague, and daughter-in-law of secret-holding Dudley Sprague. In the present day (2019) we have TV host Andie who interacts with Lucky’s grandchildren while filming a reality show around the rules of “Don’t go near the boathouse” [cue the warning music] and “Don’t try to talk to Lucky” [more warning music]. Secrets, of course, abound!

This is THE historical fiction beach/pool book of the year! Exactly what I needed for my commute, too. Never mind that enough clues are dropped that even I guessed one of the big secrets! Or that there are eye-rolling things happening everywhere. This was a darned good read from start-to-finish. Improbable? Sure, but why let that spoil any of the fun? It’s a beach or pool book — just roll with it (like the waves of the sea).

But why, oh why, do people try to voice children with crap like “I founded a worm?” or have them stuff crap up their noses when they are school aged?? Ugh!! And can’t anyone do anything to show affection to a little boy but tousling the kid’s hair? (It’s as annoying and ubiquitous as the guy always “tenderly” tucking a lock of hair behind the woman’s ear). The kid things were made worse by the reader doing super annoying speech impediment of w for r for the kid! (Hopefully he’s getting help for this at that school he’s always puking to get out of attending). More reader problems included pronouncing the Latin “Pater” as “Patter” and can’t decide if Joanie says “Ma-Ma” or “M’ma” (ala Prince Charles)–I didn’t think even the Preppy-ist of 50s era Preps said “M’ma” but who knows, right? 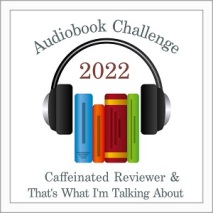 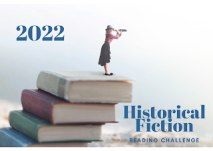