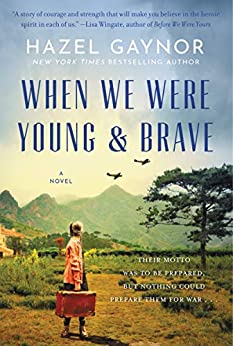 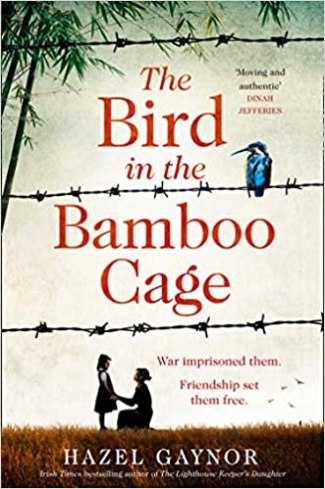 I loved Last Christmas in Paris, Meet Me in Monaco, and the author’s contribution to the short story collection, Fall of Poppies. I follow Hazel Gaynor on twitter, and I just like her writing. She’s become a must-read author for me! Plus, the story brought to mind a character on one of the few t.v. shows I watch–Call the Midwife. She had been interred by the Japanese as a child during World War II.

This book was based in part on the true story of Chefoo School’s internment during Word War II.

Unlucky in love, Elspeth Kent leaves her Yorkshire home and becomes a teacher at the Chefoo School in China–a school run by the Inland China Mission (missionaries) for the children of missionaries, diplomats, and businessmen who want to at least be able to see their children over breaks instead of exiling them home to the UK or the US or wherever. Among her duties is leading the Brownie Pack [troop here in the USA and I had to Google to learn what a “sixer” was in UK Brownie lingo]. She has met one girl and her mother on the ship and has promised to look after the girl. When the story opens though, Elspeth has written her resignation letter and plans to return home. Before she can deliver it, War officially starts between the Japanese and the UK and the USA. Soon Japanese soldiers enter the school and inform the staff, students, and servants that they are all enemy prisoners of the Emperor. Life changes fast.

The core group of girls include Nancy (who  has an older brother, Edward at the school), Dorothy nicknamed Sprout has an older sister at school (Connie) and Joan aka Mouse, is the quiet one of the trio. Nancy is Elspeth’s favorite though Sprout comes in for much care as well and Mouse is never just ignored. The other teachers include Minne, a “surplus woman” from the last war’s era, and Charlie, one of the boy’s teachers among a few others. They are the sort of decent, caring, dedicated people parents dream of finding in a boarding school.

Elspeth decides early on that Brownies, and later Girl Guides, will be a big help in morale. She uses the teachings of The Brownie/Girl Guides Handbook much more than the Bible, which strange in a school of the Inland China Mission (whose members included the stalwart Presbyterian parents of Ruth Bell Graham and the great Hudson Taylor for whom Taylor University is named), but she uses it to good effect. She keeps the girls busy and demands only correct behavior to help protect her young charges from possibly cruelty by their guards.

Such a woman as Elpseth would commonly be called “plucky.” In the manner of all the “girl” spies of today’s Word War II resistance novels, she steps up and does what must be done even taking on covert operations for the good of the school’s residents. She is courageous, level-headed and a gal I’d want on my team in any situation. I loved how this  strength was played off her memories of the man she loved. Theirs was a wonderful boy-next-door sort of romance and it made her softer and more feminine–more of her time, though both were weakness she dared not show their captors.

As the war goes on, the little community suffers privations of various sorts. There are heartwarming and heartbreaking events to come. [I don’t do spoilers so I have to be vague]. The girls grow up in all the normal ways, but must do so without a mother to guide them. Elspeth, and later a rather colorful older woman, help them. Eric Liddell, of Chariots of Fire fame, who would not run on the Sabbath–not even at the request of Crown, was a true part of this story.

War’s end finally comes and the Chefoo School staff and students go their separate ways. But who will ever replace the friends with which they survived Japanese internment? [No spoilers}

I loved this story!

Elspeth’s no-nonsense, stiff upper lip manner was exactly what the girls needed. Even better that she occasionally let her self “love on” the little girls. That was sweet yet believable. Her remembered love for her late fiance was beautiful. I liked each of the girls–they were believable. And I liked Charlie for his steadfastness and courage and normalcy.

I really doubt that the Inland China Mission’s powers that be would EVER have allowed a mere teacher to have a Buddhist holy book! A pastor, perhaps, so that he was knowledgeable. And that a Chinese servant would have gifted it to her? I struggled with this little gift more than with anything else in the story.

I also thought it strange that she was accepted as a teacher yet her faith was very shaky. That would have been a deal breaker today, let alone back then. It is pretty easy to ferret out fakers–I’ve helped do it in too many job interviews with my employer, a Christian university. It all just seemed a bit too modern, a bit of social engineering to make it more palatable to today’s readers. And, had Mouse said that so many people were praying now that God couldn’t have time to answer them all (p. 95) within hearing of a mission school teacher she’d have been corrected in an instant. Doubting and mocking are not hallmarks of a a mission education. I’m assuming Mouse just said it to other girls and so easily got away with it.

Elspeth’s relationships with the servants seemed very modern, too, but I’ve been stuck in a foreign country with no one but my own house servant for company so I know that it does happen. It was interesting that she got so little flack for it.

In spite of my doubts on a few minor things, I know the author did her research. Perhaps I am just wrong. I hope so. I loved the story so much and it will remain with me. I stayed up until 2:30 am on a work night just to finish–I couldn’t bear to put it down. I hope there is a sequel of the years after the War. That would be just as compelling a story.

And, “Must-Read” status is accorded to Hazel Gaynor

Other books I’ve reviewed by this author

Meet Me in Monaco by Hazel Gaynor and Heather Webb

Last Christmas in Paris by Hazel Gaynor and Heather Webb 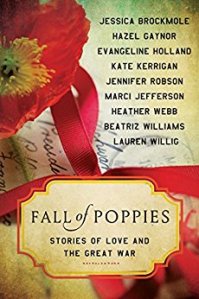 I read and enjoyed all the stories in Fall of Poppies, but my review of the book as a whole has been lost in a crash of my old blog. I recommend it though if you are fond of World War I love stories. Fall of Poppies.