Once again, I needed an audio. This one was available, was new, and was only 5 hours long–great for me drives on errands. I had a big errand day, so just listened to the last 1/4 at home while having dinner alone. Plus, #20BooksForChristmas–though I had thought I’d only do 10 Christmas books. Whatever! They’ve been the perfect thing for unemployment.

Kate and Chuck come from families joined at the hip…well, more or less joined. The two parent-couples are business partners in a chocolate company. Kate and Chuck grew up in the chocolate factory playing together while their parents worked. They’ve had the holidays together all their lives. Their parents hoped and prayed the two would grow up to marry–in fact, they thought that really was the plan.

Now, however, the couple have broken up, but can’t bear to tell the parents. When the chocolate company’s new visual marketing guru wants to use Kate and Chuck’s “authentic” love story in the promotion of a new chocolate, the pair must fake it. But, will the fakery work? Will fake pre-marital counseling with a pastor make it all into bliss or continue the bust?

While I’ve rarely if ever heard an American says someone is “rubbish at X” or use “cheeky” in the British way–so what! It’s fiction! This is a fun, light, rom-com perfect for the often over-stressed days of the Christmas season Enjoy laughing along with Kate and Chuck’s predicament and enjoy it. Enjoy the very real emotions it generates for love, family, and the season. This was as sweet a holiday rom-com as you can hope to find! 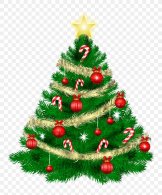 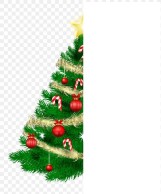 Fool Me Twice at Christmas by Camilla Isley is on sale for only 99 cents on Kindle right now, too! 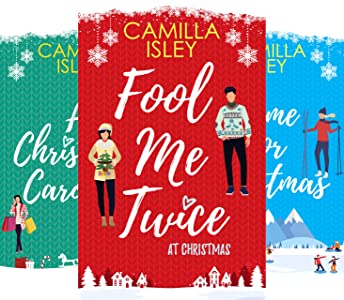 Fool Me Twice at Christmas is one of three books in Camilla Isley’s Christmas Romantic Comedy series of stand-alone novels. 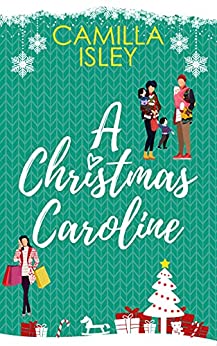 A Christmas Caroline by Camilla Isley

Home For Christmas by Camilla Isley is the third book in the series, releases in the USA on February 22, 2022. Click the link to pre-order for only $3.99 for Kindle. 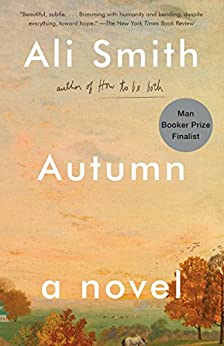 I learned of this book by reading this review at The Book Satchel blog.

I’ve been reading seasonally this year so this seemed like a natural fit. But, never judge a book by its cover–right?

Next-door-neighbors Elisabeth and Daniel become life-long friends, except at different “seasons” of life. Elizabeth is just starting out, her life moving to the entrance (she is in elementary school) and Daniel is elderly–his life is moving toward the exit. A flighty, irresponsible mother means Daniel becomes more important to Elisabeth. Lonely, save for his memories, his books, and his art, Elisabeth becomes more important to Daniel.

Meanwhile, in the other side of the story, a forgotten female British pop artist’s life ends. Christine Keeler entertains the Cabinet–or at least the Secretary of State for War, John Profumo whose name becomes synonymous with the Britain of that era. A Soviet spy, a doctor and others are involved. Uncle Harold’s government falls. The pop art world goes on. A new government is formed and goes on. The world goes on.

This book was a finalist for the Man Booker prize–typical of my take on many such prize nominees or winners, this was an odd book. The title makes it odder still. “Odd” though does not mean uninteresting. This book more than held my attention throughout, even if I often stopped to think “what did I just listen to?”

I listened to the audio version.

The Kindle version of Autumn by Ali Smith is now on sale for $1.99

Fun Postscript: This is the second book I’ve read recently [for the life of me I cannot remember which book was the “other one”] that mentions an antiques treasure hunt t.v. show!

Having devoured David Laskin’s nonfiction account of the January 1888 blizzard, when I saw the announcement of Melanie Benjamin’s novel on the same storm, I knew I had to read or listen to it. I chose the audio and my first sitting with it was five full hours! It grabbed and kept my interest on a long, dull, car journey for work. I loved her books, Girls in the Picture, The Aviator’s Wife, and the fabulous Swans of Fifth Avenue.

At a time when weather forecasting was in its infancy, and the telegraph was the main means of sending urgent news, the blizzard chose a particularly cruel moment to hit. An unusually warm morning after weeks of cold too fierce to be out in had lulled people out of their homes, into town for supplies, children back to school–and mothers taking a chance to air woolens and bedding, wash long underwear, and other things that the bitter cold and cabin fever had prevented. It also decided to hit right as school was getting out–hence the name “Children’s Blizzard” for so many of its victims were under-dressed children walking home.

Raina Olsen, teaching school on this day, has to grow up and make choices well beyond the normal wisdom of 15 and 16 years olds. Raina is “boarding out” teaching school for the first time at age 15 having just passed the exam for her teaching licensee. Her students range from little ones of 5 or so to a boy a few months younger than herself. She must teach them and now, decide their fate in the blizzard, and go on living with the consequences of her decision. At another schoolhouse, her sister Gerta as well as teaching school is also in love for the first time. She too will decide the fate of her students and live with the consequences. Also in the mix is Annette, a girl so unloved her birth mother sells her to be a servant, a Black tavern owner in Omaha and his family, and the newspaperman Gavin who frequents the tavern and who well tell the world the stories of heroism on the prairie during the blizzard.

The characters are well-developed, the story is as swiftly moving as the blizzard itself, and everything was believable. I could feel the tension and fear in their hearts and minds of those poor kids and their teenage teachers. I could feel the misery of some of those immigrants lured to the prairie by the “fake news” of a farming paradise now stuck in sod houses or uninsulated shacks they called houses. As a mother I thought of all the times my kids went off to the bus wearing next-to-nothing in winter (but happily lived through it).

I could not stop listening to this! I was exhausted from the long car trip, but came into the house, sat down, and listened for another hour–I had to know what happened!! Swans of Fifth Avenue is a hard book to top, but this one tops it! Plus, it’s hard not to like an author who is my age, who grew up in Indianapolis and attended IUPUI! (She is one of the authors I enjoy following on Twitter, too). What incredible success she’s had–and will go on having if this book is any indication of how well she and her editor work together. This was an inspired idea and she has done it incredible justice.

Yet again this year I am giving a book a rating

The Children’s Blizzard: A Novel by Melanie Benjamin

I listened to the audio voiced by the outstanding Cassandra Campbell.

I’ve recently discovered Barbara Pym’s books and to my delight, I found that several are available on e-audio books from my local library. So, I’m going through them at a fairly good speed.

1950’s British housewife Wilmet is turning 33 and has time in her life for drama. Her husband, Rodney, a dashing Army major when she met him in the war while serving as a WREN, has now settled into a routine Civil Service job. Their home life is cozy with just his mother sharing the house with them. No children have happened. She is involved in her church and community and does not seem to mind much about being childless, but she is obviously rather bored. Enter Piers, the needy brother of a friend, who starts to fill some of her time. Piers’ own home life is a bit mysterious. He lives in a house that is somewhat divided into apartments but with bathroom and kitchen and phone shared. Today, Piers’ situation seems obvious but does fantasy-living Wilmet ever look at reality?

I love the way Pym portrays ordinary life. She spices things up here and there with a few interesting characters like the man who steals things but gives them back and his employer who accepts this fact. I like, too, that in the three books I’ve read so far, the Church of England is prominent and someone is always going over to the Catholics or “to Farm Street” [to the holy-of-holies, the Jesuits0. Amusing. This time a spice added is an evening Portuguese course! No wonder t.v. took off!

A Glass of Blessings by Barbara Pym

Here are the other Barbara Pym books I’ve read with my reviews linked:

Mary Sherman Morgan grew up on what New York writers like to call a “hardscrabble” farm in North Dakota. The nearest school was so distant that the state bought her a horse to ride to school and to escape her abusive father and brothers. With those two popular female heroine traits, “grit” and “pluck,” Mary makes it out of N.D. to a college in Ohio that “isn’t exactly Harvard,” where luck and a shortage of labor in World War II propels her into a job as a chemist though she hasn’t yet earned a degree.

Fast forward to the Space Race years and Werner von Braun and his rocket scientists. Mary, stuck in a job as an analyst (an engineer without a degree) ends up solving the fuel problem for launching America’s first successful, though unnamed, satellite.

This alone is all interesting enough for a book to be written, but her son discovers she hid a lot of secrets and did her best not to be remembered by history. The why is what makes it all so intriguing. (Hint: She wasn’t a spy for the Soviets or anything like that! )

Mary amazed me so many times! I’d have given anything to have had the state of Indiana dump a horse in my yard and say “Tell Mr. S and Bus 23 good-bye. This little Arab mare is your new ride to school.” That horse was partly because the North Dakota Depression-era Child Protective Services (whatever they were called back then) did their job. A Catholic priest also did the right thing in helping her. She made it in spite of the sort of odds that today we think guarantee a kid a one-way ticket to drugs and prison. Yet though no one gave her new backpack full of school supplies, or provided free breakfast and lunch, and though she started school later in life than the other children, Mary grew up to do amazing things.

This book grew from a play Mary’s son did about her life. That play and this book were both a labor of love.