A Gentleman in Moscow should be exactly the book for me, but….it put me to sleep. There, I’ve admitted it. It’s good to come clean with secrets like this, isn’t it? So, this month’s chain of books somehow connected to it will involve a lot of free association or be based on the part of the book I made it through. Fair warning, now let us begin.

First up is Gorky Park by Martin Cruz Smith, a novel I read when it came out. I was the pursing my degree in political science and Russian/East European studies back in the early 1980s, so it was very timely. Friends and I joked about the washing machine that could only handle multiple pairs of underpants. Gorky Park itself isn’t far from the Hotel Metropol where the Gentleman in Moscow takes place.

The Girl From the Metropol Hotel: Growing Up in Communist Russia by Ludmilla Petrushevskay

This one was supposedly at the Metropol, only most of it wasn’t. My review. I wasn’t overly impressed with this–perhaps because of all the stories of Soviet life I’ve read. 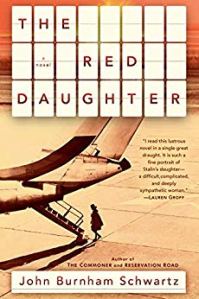 Who but Stalin’s daughter could be more interesting than the Metropol itself? [Ok, I needed a clever statement, right?] Unfortunately my time ran out before I finished reading this one. I hope to finish it another time, but I am afraid all of the authors books pale for me in comparison to The Commoner. After All, Loving Frank, a book I can’t recommend often enough,  about Frank Lloyd Right, is tied to this one by the Taliesin chapters. [The extra books are just extra–not really in the chain.]

A family whose life was stood on end by Stalin and subsequent Soviet governments was that of dissident Andrei Sakharov. I studied all the great dissidents in college, and found their personal stories very compelling. But Sakharov and Bonner married later in life, so this is mostly her childhood story. She began in great Communist privilidge only to have it all taken away. 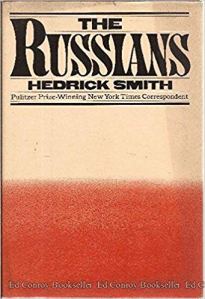 Back in the 70s as Detente had us all a-buzz, few Westerners had visited the USSR, let alone lived there. Unless, that is, they were diplomats or journalists. Smith was a journalist. He made this scary place a lot more human. This is another book I read in college.

An American Family in Moscow by Leona and Jerrold Schecter 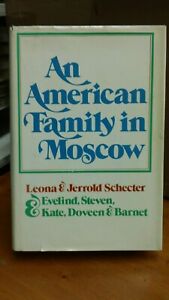 Before the Smiths, the Schecters were in Moscow in 1968 with their large family–a family that recevied two apartments they were so large with 5 children! Their kids atteneded Soviet Schools–an amazing idea at the time. From this book I decided the USSR was not as fearson as we imagined–to have an item dry-cleaned you first had to remove all the buttons! How fearsome could such a place be? I devoured this book in college, though it was already a bit dated. Many years later they all returned and filmed their reunions with school teachers and the like. This book is fairly hard to find now at reasonable prices, which is a shame.

That’s my chain–really more topical this time, than “connections,” but…..

Why not join in next month? Go to Booksaremyfavoriteandbest for the rules. The starting book will be Three Women by Lisa Taddeo.

10 thoughts on “6 Degrees of Separation: A Gentleman in Moscow by Amor Towles”