This week we are listing those books we want to read in the Spring. I’m only putting up books I haven’t mentioned before. Most of those I’ve been mentioning as TBR are finally out or about to be out so I’m not re-using those.

Due out in May, this is the author’s second royal novel. The first, Royal Nanny,told of the Nanny who rescued the future Edward VIII and the future George VI from their abusive first nanny and went on to take full charge of their epileptic youngest brother, Prince John. This book, The Queen’s Secret, deals with the late Queen Mother when she was Queen Consort to George VI. This line in the blurb worries me though: “Elizabeth holds many powerful cards, she’s also hiding damaging secrets about her past and her provenance that could prove to be her undoing.” Will to focus on her wanting the Heir but settling for marriage to the Spare? Or the tittle-tattle about supposedly being the child of her father and the cook! I hope not that ridiculousness! While Royal Nanny was “ok,” I threw back her book, American Duchess on Consuelo Vanderbilt and the Duke of Marlborough.

The Queen’s Secret by Karen Harper

I just got this one as a Kindle First Reads Pick. It’s $4.99 otherwise for Kindle and sounds good: 1951, 18-year-old girl, a summer at a resort, a handsome college boy…a “limitless future“.

I’m SURE I’d read that her last novel was her LAST. NOVEL But her’s Anne Tyler back and she’s been a must-read since she began. I don’t even need the blurb.

The Redhead by the Side of the Road by Anne Tyler arrives April 7th.

One Day broke my heart again and again! If this one has a fraction of the emotional wallop of One Day I’ll be thrilled. I also liked his book Us (my review is here).

I rarely bother with “popular medicine” or celebrity-endorsed health books, but I’ll at least skim this one. My grandmother was stricken with Alzheimer’s and my family and I dread the diagnosis.

The XX Brain by Lisa Mosconi came out on March 10th. 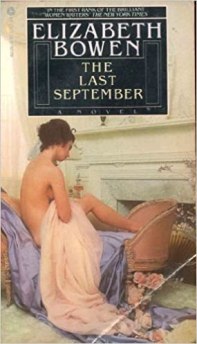 Last September I hope to finish not too long after Reading Ireland Month finishes–I doubt I can get it done in time to meet the deadline. I’ve had Elizabeth Bowen on my TBR for forever it seems.

The Sympathizer I’m hoping I like. It’s been on my TBR since it was published and goes well with the Year of the Asian reading challenge I’m participating in this year. It’s also another Nobel Prize Winner--I love making check marks on book lists!

Invisible Women is for a not-really-book-club with two fellow librarians at work. One was left speechless but happy when she read it–it’s $2.99 for Kindle right now.

The Authenticity Project reminds me of bullet journaling–analog life.

Portrait of a Marriage by Vita Sackville-West This is the sacrificial lamb of the list! I’ve started it soooooo many times! Dearest Vita and Darling Harold might see me finish another chapter at last.

Check out the rules at That Artsy Reader Girl and join in next week!